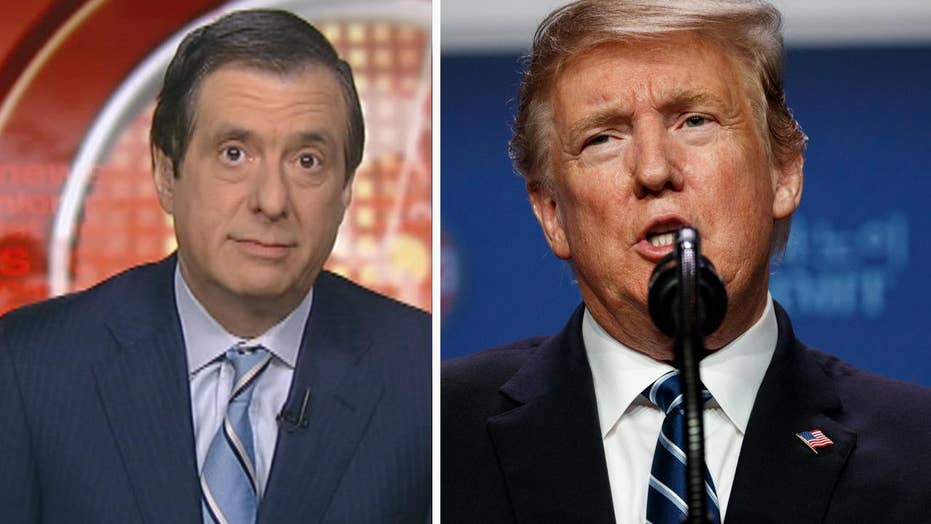 Howard Kurtz: Even critics should credit Trump for refusing a bad deal

By the time most Americans woke up yesterday, the North Korea summit was over — and had failed.

And the media wasted no time in declaring it not just a failed summit, but a personal failure for President Trump and his freewheeling style of diplomacy.

Many of the negative assessments are valid, but I will say this for the president:

He walked away from a bad deal.

NORTH KOREA INSISTS THEY MADE 'REALISTIC PROPOSAL' ABOUT LIFTING SANCTIONS

He knew that Kim Jong Un was asking too much in concessions, and rather than make a flawed deal for the sake of positive headlines, he canceled a scheduled signing ceremony.

In fact, there had been stories in the press saying that Trump aides were worried that he wanted a deal too badly, that he might give away the store, that Mike Pompeo didn't want him spending too much time alone with Kim. If those concerns were real, the president showed they were misplaced.

"We decided that we had to walk," Trump said.

This, by the way, enabled television to quickly return to covering the story it truly loves, the Michael Cohen hearings, which continued behind closed doors yesterday after Wednesday's televised extravaganza.

But the great flaw in the president's approach is coming to the talks like he would a hotel negotiation in New York, with supreme confidence in his ability to win anyone over.

Trump's personalized approach, speaking of his "love" for Kim, means he is the first American president to sit down with a North Korean dictator. But successful summit meetings generally rely on the deals being precooked through arduous discussions by diplomats and experts, and the leaders coming in to bless the final product. Summits can fail — as happened with Reagan and Gorbachev — but you need intense preparation to have a shot at doing the deal.

Trump's strategy was very risky, and that's why the talks collapsed. Kim wound up doing what he and his family predecessors have always done, making empty promises and never delivering the goods.

Pyongyang wanted total relief from U.S. sanctions in exchange for dismantling a major nuclear plant but not other parts of its program, including covert facilities. And that would have been a complete surrender of American leverage.

One Washington Post story said Trump had been "humbled by his inability to coax an erratic and reclusive dictator into giving up his arsenal," and that this was "a setback for a president who has invested more than a year in cultivating a friendship with Kim."

Another Post piece said the abrupt ending "without a future meeting date or a plan to move forward exposed the vulnerabilities of relying on the personal rapport of Trump and Kim to overcome disputes."

The New York Times said the meeting "ended in shambles" and "underscored the risk of leader-to-leader diplomacy: When it fails, there are few places to go, no higher-up to step in and cut a compromise that saves the deal." The story even said that if Kim steps up his nuclear production, Trump could swing from his talk of "love" to the "fire and fury" rhetoric of his earlier attacks on "Little Rocket Man."

And in terms of scorekeeping, according to Politico, "it was more than an isolated diplomatic strikeout. It was the latest demoralizing episode in a months-long losing streak that threatens his presidency."

TRUMP DRAWS RARE PRAISE FROM DEMS, INCLUDING SUSAN RICE, FOR WALKING AWAY FROM KIM

Trump also took some heat for exonerating Kim on the death of American captive Otto Warmbier, saying Korean prisons are rough and he doesn't believe the dictator knew about it — not the first time he's accepted the word of a foreign strongman.

Much of the criticism, then, is well deserved. But there's one thing that still bothers me.

David Plouffe, a top White House aide to Barack Obama, tweeted: "It is fitting that Trump was humiliated in Hanoi."

I don't think the president's critics should be rooting for him to fail in combating one of the world's top nuclear threats. A successful deal, after all, would have been good for America.