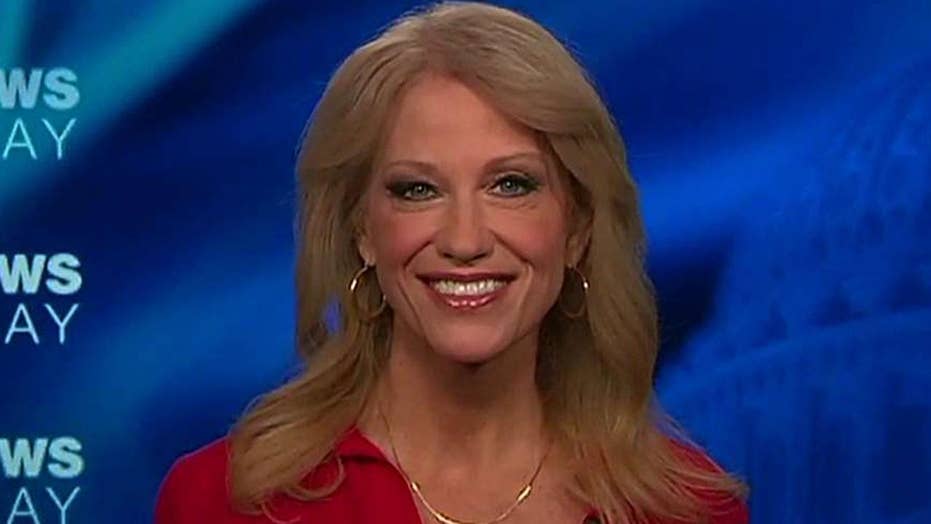 Kellyanne Conway: This race is not over

The Donald Trump campaign said Sunday that it plans major TV advertisements in its fight to the finish against Democratic rival Hillary Clinton -- bolstered by recent national and state polls.

"This race is not over,” Trump campaign manager Kellyanne Conway told “Fox News Sunday.” “Many in the media say it’s over. For the 12th time they’re counting Donald Trump out.”

Despite polls indicating that Clinton leads Trump in battleground states such as Florida, Nevada, New Hampshire, Pennsylvania and Virginia, Conway argued each are within closing distance for Trump and that Clinton has failed to cross the key 50-percent threshold in any of them, despite outspending the Trump campaign by millions.

"She’s still under 50 everywhere and she’s spent $66 million in ads, mostly negative … personal destruction ads against Donald Trump just in September,” Conway said. “So, with all that on the field, we’re just starting to increase some of our investments on the air.”

She also argued that races in still-contested states “can turn around in the next two weeks,” before Election Day on Nov. 8.

Clinton leads Trump by 6 percentage points in the national race, according to the most recent averaging of polls by RealClearPolitics.com.

A Reuters/Ipsos poll released on Friday, however, showed Trump having cut Clinton’s lead in half.

"We’re not giving up,” Conway said. “We know we can win this and we are certainly not conceding to the same chattering class that’s been wrong about Donald Trump for about a year and a half.”