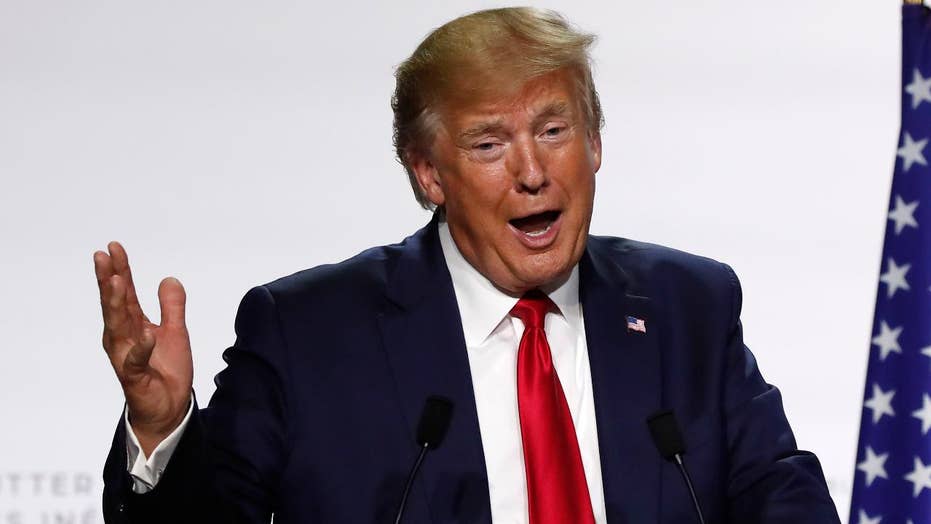 President Trump on Monday addressed tensions over Iran's nuclear program as he expressed optimism about the potential to reach a new deal with the Islamic nation while insisting he does not want to go to war.

"I have very good feelings about it," Trump said in France during a joint press conference with French President Emanuel Macron.

Trump pulled the United States out of an international nuclear deal, the JCPOA, saying it did not do enough to keep Iran from acquiring a nuclear weapon.

"I have to say that the JCPOA was a bad deal, should not have been entered into," Trump said, citing what he believes to be insufficient inspection capabilities and the deal's lack of coverage of ballistic missiles. 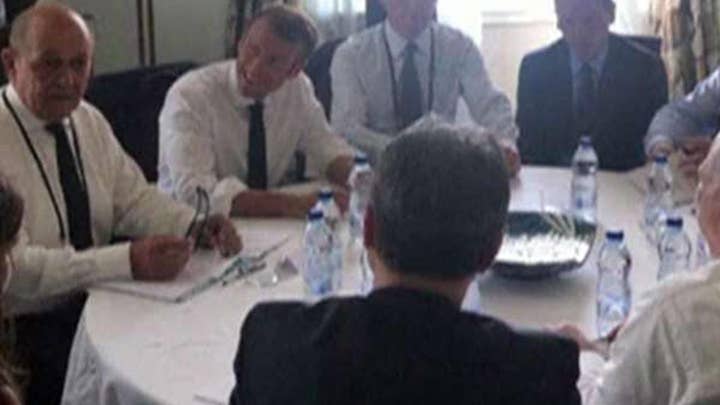 Since exiting the JCPOA, Trump has imposed sanctions that have severely damaged the Iranian economy - something the president has argued will ultimately lead to a better agreement.

“Iran is a country that is not the same country it was,” Trump said, pointing to the economic effects of U.S. sanctions.

In recent months, Iran has responded to the sanctions with aggression, including shooting down an American drone and attacking oil tankers in the Gulf of Oman. Iran also claimed that they were enriching uranium at levels that exceeded caps set by the JCPOA.

Macron announced Monday that Iranian President Hassan Rouhani and Trump are both willing to have a meeting, and that “France will play a role.”

“I think Iran wants to have this situation straightened out,” Trump said. He said that if Iran needs economic incentives, the U.S. and other countries could extend a letter of credit to be secured by oil, but he would not give them money.

Trump said that Iran's current economic woes lead him to believe that Iran is ready to make a deal, which would have to cover ballistic missiles and make sure that Iran does not develop nuclear weapons.

The president also reiterated his claim that he does not want to go to war with Iran, and that he plans on working with their current leadership despite recent acts of aggression.

"I think that Iran is a country of tremendous potential," Trump said. "We’re not looking for leadership change … that doesn’t work."