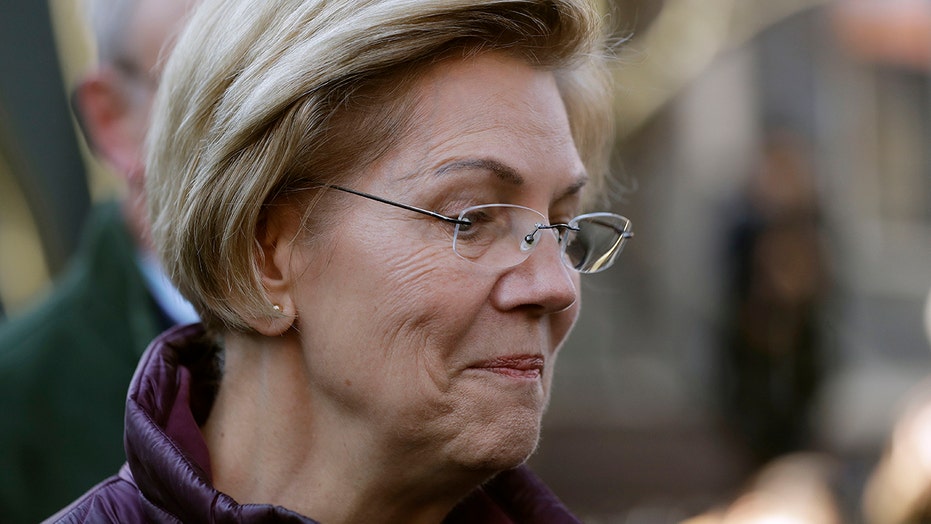 Trump weighs in on Elizabeth Warren leaving the 2020 race

President Trump on Monday accused Elizabeth Warren of having "singlehandedly destroyed” Bernie Sanders’ second presidential campaign, claiming that if she had dropped out of the race ahead of Super Tuesday, Sanders could have swept the contests.

“Elizabeth ‘Pocahontas Warren singlehandedly destroyed the Bernie Sanders campaign by stripping voters way from his count on Super T,” Trump tweeted Monday morning. “He lost states that he easily would have won if she had dropped out 3 days earlier.”

He added: “The DNC is doing it to Bernie again! Will he ever get angry?”

Sanders, of course, is known for being fired-up on the stump and has made no secret of his disdain for the party establishment — currently directing that ire toward former Vice President Joe Biden and the powerbrokers closing ranks behind him in the wake of his Super Tuesday wins that vaulted him to a delegate lead.

Warren, D-Mass., did drop out of the presidential race last week — but only after the delegate-rich Super Tuesday primaries. Significantly, she has not yet endorsed either Biden or Sanders.

Ahead of Super Tuesday, Sanders, I-Vt., had built strong momentum, having swept most of the early contests — he tied the Iowa Caucuses with Pete Buttigieg and outright won the races in New Hampshire and Nevada.

Biden, after lackluster finishes at the start of the calendar, was able to dominate in the final primary of the early nominating calendar – South Carolina – giving him a much-needed boost ahead of Super Tuesday. But he was helped by the decisions of former South Bend, Ind., Mayor Buttigieg and Sen. Amy Klobuchar, D-Minn., to drop out and endorse him. This helped Biden consolidate the moderate and center-left vote, while Sanders continued to split the support of progressives with Warren.

Biden surged to victory in primaries across the South and beyond, winning 10 primary races. Sanders only won four races on Super Tuesday including its largest prize, delegate-rich California, his home state of Vermont, Utah and Colorado.

Warren had a poor showing on Super Tuesday, even coming in third place in her home state of Massachusetts. Warren subsequently suspending her campaign, however, could give Sanders a boost before the next round of primary contests Tuesday by making him the lone progressive standard-bearer in the field.

"I will not be running for president in 2020, but I guarantee I will stay in the fight for hardworking folks across this country who've gotten the short end of the stick over and over," Warren said as she bowed out last week. Appearing to choke up, she also spoke to how the presidential field is now male-dominated -- with the exception of Rep. Tulsi Gabbard -- and the prospects for a history-making first female president are essentially gone.

"One of the hardest parts of this is all those pinky promises and all those little girls who are gonna have to wait four more years," Warren said, her voice cracking, referring to promises she often makes with young girls on the campaign trail about women running for president. "That's gonna be hard. ... I take those pinky promises seriously."

Upon suspending her campaign, Warren, unlike other former 2020 Democratic presidential hopefuls, did not endorse anyone. Warren has been considered closer to Sanders ideologically, but the two have clashed in recent weeks. It remains unclear whether Warren is leaning toward endorsing one candidate or the other.