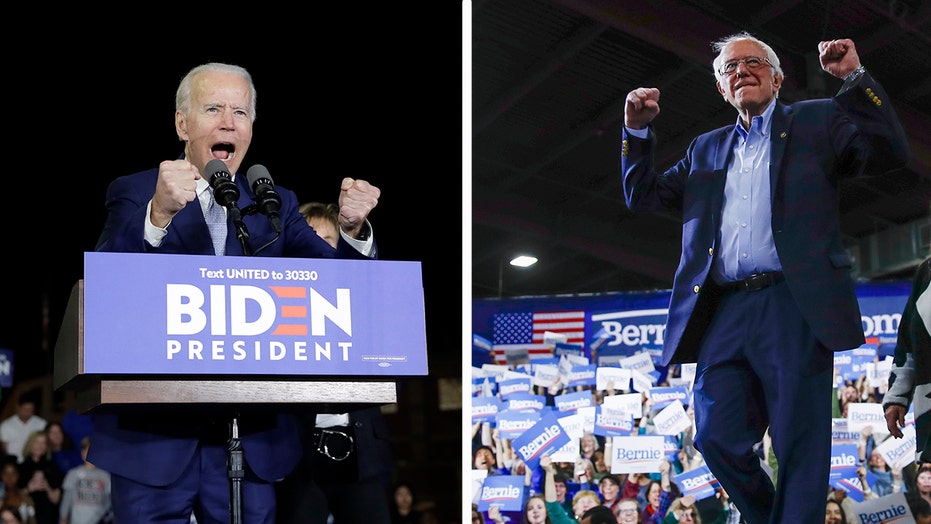 Former Vice President Joe Biden won the Democratic presidential primary in Maine, the last state to be called in the Super Tuesday contests.

Sanders, I-Vt., won his home state of Vermont, as well as Colorado and Utah. The self-described Democratic socialist also was able to claim victory in Super Tuesday’s largest prize, the delegate-rich state of California.

Biden, ahead of the early primary contests, was the unrivaled front-runner, but once the nominating calendar kicked off with Iowa and New Hampshire, Biden fell behind, with lackluster fourth- and fifth-place showings. A slight rebound in Nevada’s caucuses last month, where he came in a distant second to Sanders, gave him some much-needed momentum going into the South Carolina primary — a state the campaign long called their “firewall.”

By Wednesday morning, former New York City Mayor Mike Bloomberg also suspended his campaign and endorsed Biden, making the race, essentially, a two-candidate contest. Sen. Elizabeth Warren, D-Mass., who had a poor showing on Super Tuesday, even finishing in third place in her home state of Massachusetts, is still in the race.

"To those who’ve [been] knocked down, counted out, left behind, this is your campaign," Biden told supporters Tuesday night. "Just a few days ago the press and the pundits had declared the campaign dead.”\

“It may be over for the other guy,” Biden added, referring to Sanders.

Biden is currently the front-runner in terms of the delegate count. As of 2 p.m. ET Wednesday, Biden had 566 delegates to Sanders' 501. A candidate must reach 1,991 delegates to clinch the Democratic nomination for president.

Despite finishing behind Biden Tuesday night, Sanders said he was “excited” about where his campaign stood.

“I am excited about where we are. We have come a long, long way," Sanders said Tuesday night.

The next tests for the candidates will come Tuesday, when voters in Idaho, Michigan, Mississippi, Missouri, North Dakota and Washington state — head to the polls, and on St. Patrick’s Day, March 17, when Arizona, Florida, Illinois and Ohio have their chance to vote. Georgia will hold its primary on March 24.