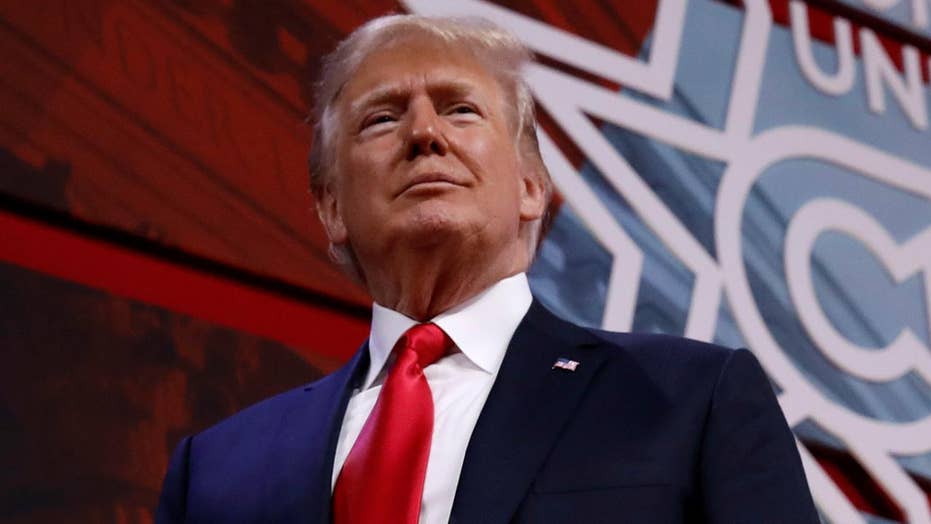 President Trump on Sunday expressed his frustration with the ongoing and wide-ranging Russia collusion investigation, suggesting that federal investigators could “easily” extend the “witch hunt” through the critical midterm elections to “put some hurt on the Republican Party.”

The investigation into whether the 2016 Trump presidential campaign colluded with Russia is now more than a year old. And Trump appears increasingly eager to conclude the probe, which has put a huge cloud over his political agenda and expected re-election bid.

“Now that the Witch Hunt has given up on Russia and is looking at the rest of the World, they should easily be able to take it into the Mid-Term Elections where they can put some hurt on the Republican Party,” Trump said in one of six tweets Sunday morning.

In two tweets, Trump listed several issues concerning possible illegal or unethical behavior by Democrats related to the Russia probe or to Democrat Hillary Clinton’s failed 2016 presidential campaign. They include the potential misuse of the FISA court, the loosely-vetted dossier on Trump and potentially missing emails related to Clinton.

“In the Hillary Clinton Campaign where she deleted 33,000 Emails, got $145,000,000 while Secretary of State, paid McCabe’s wife $700,000 (and got off the FBI hook along with Terry M) and so much more. Republicans and real Americans should start getting tough on this Scam,” Trump said in his second tweet, referring to fired FBI Deputy Director Andrew McCabe and Terry McAuliffe, a close Clinton family friend and former Virginia governor.

"At what point does this soon to be $20,000,000 Witch Hunt, composed of 13 Angry and Heavily Conflicted Democrats and two people who have worked for Obama for 8 years, STOP! They have found no Collussion [sic] with Russia, No Obstruction, but they aren’t looking at the corruption,” Trump also tweeted Sunday.