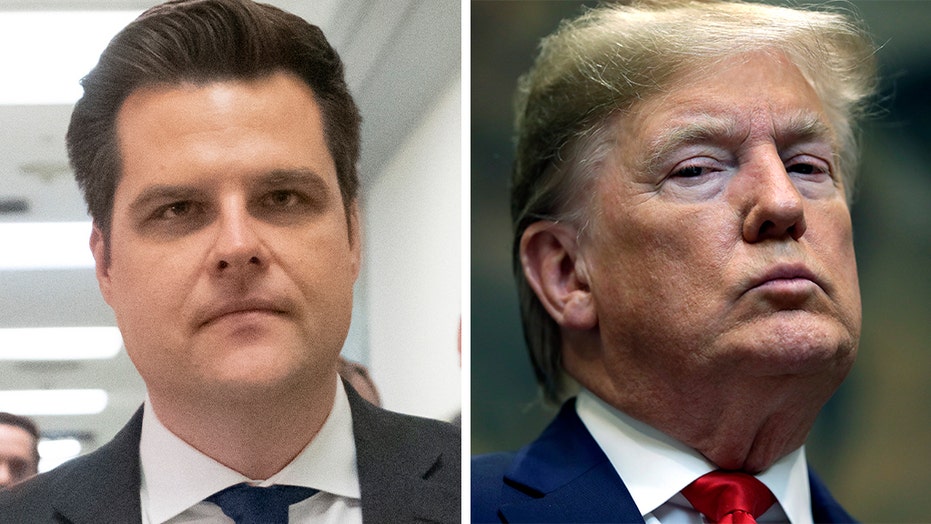 Rep. Matt Gaetz, R-Fla., broke ranks with most of his GOP colleagues on Thursday and voted with House Democrats on a resolution curbing President Trump's war powers, with regard to America's present conflict with Iran.

Gaetz took to the House floor to explain his decision and made it clear that his vote was not meant to reflect negatively on the president.

"I take a back seat to no member of this body when it comes to defending the president," he began. "This resolution offers no criticism of the president, no critique. It doesn't criticize the president's attack on [Gen. Qassem] Solemani. As a matter of fact, this resolution doesn't even say Solemani's name in it. Yet it does articulate our very robust basis for self-defense -- at times even preemptory self-defense to defend our troops."

MATT GAETZ SAYS TRUMP HAS BEEN 'MEASURED' IN DEALING WITH IRAN: 'LET'S HOPE THAT RESTRAINT WINS THE DAY'

The Florida Republican claimed he represents more troops in his district than any other House member and said Congress should make their voices heard, to avoid another never-ending war in the Middle East.

He added, "I support the president. Killing Solemani was the right decision -- but engaging in another forever-war in the Middle East would be the wrong decision, and that's why I'm voting for this resolution."

The resolution ultimately passed by a final vote of 224-194, mostly along party lines, but both parties had some defectors. Eight Democrats voted against the measure and three Republicans voted in favor of it. The other two Republicans who joined Gaetz were Tom Massie, of Kentucky, and Francis Rooney, of Florida.