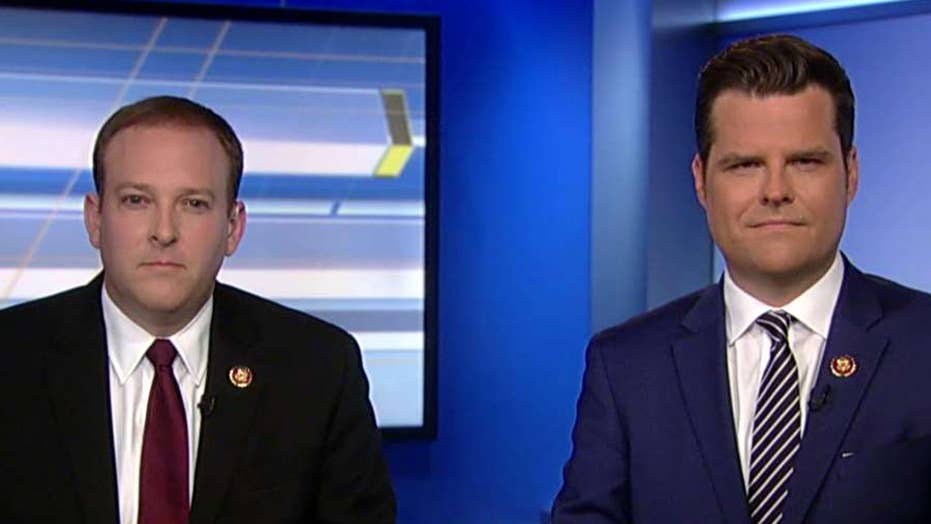 Reps. Zeldin, Gaetz respond to Iranian missile attack on US forces in Iraq

Iran fired as many as 15 ballistic missiles into Iraq, targeting U.S. military and coalition forces, officials said. Ten missiles hit Al-Assad Air Base, one missile hit a military base in Erbil and four missiles failed to hit their targets.

"I'm hopeful this was an intentional miss," Gaetz , a member of the House Armed Services Committee, said on "The Ingraham Angle."

He added he believes President Trump understands the American people hope to avoid a war with Iran -- and said the president's actions have reflected that.

"I think the president has been measured," Gaetz said. "And let's hope that restraint wins the day."

Gaetz argued against those who claim Trump provoked Iran by reneging on the 2015 Iran nuclear deal that was negotiated by the Obama administration.

He said he hoped the Trump doctrine would get the U.S. out of the Middle East and argued that Iran seems to respond to U.S. demonstrations of strength.