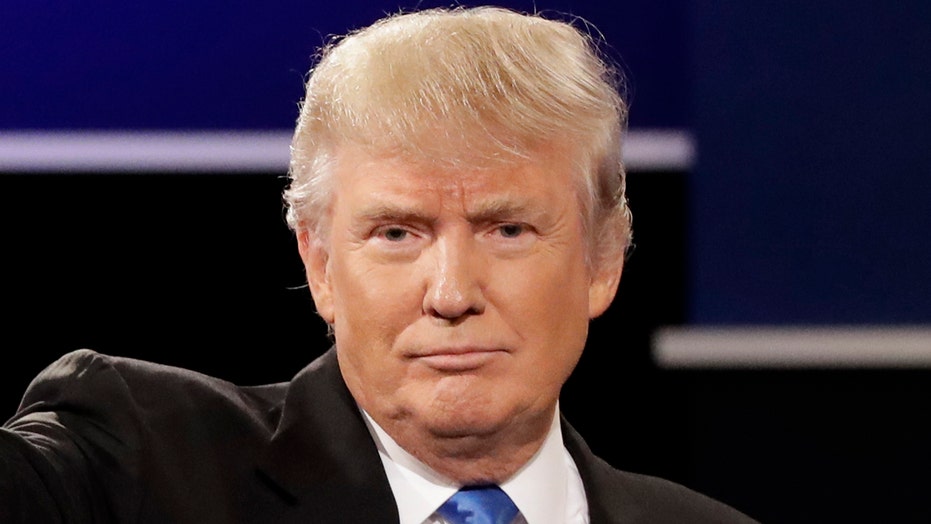 Donald Trump brushed himself off Tuesday following a rough-and-tumble debate with Hillary Clinton, returning to the campaign trail while warning he may have to “hit her harder” in the next round – as he and his surrogates rapped moderator Lester Holt for skating over the controversies associated with the Democratic nominee.

Clinton was widely seen as coming to the debate stage at Hofstra University well-prepared to take on the sometimes-unpredictable Trump, and standing her ground without any major stumbles. But the Republican nominee and his team pushed back Tuesday on any suggestion he might have missed opportunities to land punches, as Clinton’s supporters gloated that she got the better of him.

“I think [Trump] had a great night,” running mate Mike Pence, who will face Democratic counterpart Tim Kaine at a debate next week, said on Fox News’ “America’s Newsroom.”

However, he and his backers noted that Holt never pressed Clinton on several issues, suggesting the moderator tilted the playing field in her favor during their opening bout.

Discussing his approach for their second debate next month, Trump said, “I may hit her harder in certain ways. I really eased up because I didn’t want to hurt anybody’s feelings.”

A growing sense among the Republican nominee’s team that the moderator glossed over Clinton’s weak spots could contribute to a tougher tone from Trump in their next encounter in October.

“There was a little bit of an imbalance,” retired Lt. Gen. Mike Flynn said on Fox News.

Former Maryland Gov. Martin O’Malley, who ran unsuccessfully for the Democratic presidential nomination this year, said Trump looked as “if he were running out of stamina.”

But House Speaker Paul Ryan said Trump held his own.

"People met their expectations," he said.

Both candidates returned to the campaign trail Tuesday, with Trump campaigning in Florida and Clinton heading to North Carolina, both vital swing states.

"Did everybody see the debate last night?" Clinton asked cheering supporters. "One down, two to go."

It’s unclear whether the debate, which took a number of twists and turns, will move the dial in a campaign that polls showed was tightening heading into the first face-off.

Over the course of the night, the candidates tangled on a range of topics from trade to tax returns to temperament.

When Trump, discussing how he’d been “all over” the country talking to inner-city communities, said, “You decided to stay home, and that’s okay” – Clinton had a swift retort.

“I think Donald just criticized me for preparing for this debate. And yes, I did,” Clinton said. “And you know what else I prepared for? I prepared to be president, and I think that’s a good thing.”

Later in the debate, Trump summed up his counter-argument in a few words: “Hillary has experience, but it’s bad experience.”

Trump reached back to the 1990s to hammer her former president husband Bill Clinton over NAFTA, which he called “the worst trade deal maybe ever signed anywhere,” and remind voters about her controversial comment from that era referring to some young criminals as “super predators.”

Clinton, though, had a sharp exchange with Trump as she challenged him to release his tax returns, which Trump has said he can’t do because of an audit.

Clinton questioned whether Trump is really as wealthy as he claims and said, “There’s something he’s hiding.”

Trump issued Clinton a challenge of his own, saying he’ll defy his lawyers’ advice and release his taxes if she releases the “33,000 emails” she erased.

“As soon as she releases them, I will release my tax returns,” Trump said.