Trump rips Biden for not finishing border wall, says countries are losing respect for US

"A lot of people want me to" visit the border, Trump told Pirro.

In the interview, Trump said he would probably visit the southern border over the next few weeks.

Trump called President Biden's undoing of the "Remain in Mexico" policy, or the Migrant Protection Protocol, a "very bad decision."

The Trump administration set up and expanded MPP during the 2019 migrant crisis as part of a broader agreement with Mexico, and hailed it as a key plank in its efforts to end "catch-and-release" -- by which migrants were released into the interior of the U.S.

Instead, MPP keeps migrants in Mexico as they await their asylum hearings. Proponents say the policy ended a key pull factor that brought migrants north, while critics say it is cruel and puts migrants in danger by leaving them in Mexico.

"Thousands and thousands of people are coming up right now as we speak. And you're going to have millions of people pouring into our country. And it's going to destroy our country," Trump told Pirro.

"Thousands and thousands of people are coming up right now as we speak. And you're going to have millions of people pouring into our country. And it's going to destroy our country."

Trump said the first thing Biden should do is reenact the "Remain in Mexico" policy and complete the border wall.

He said Mexico is now "very angry at us." "We're not getting along with Mexico any longer. You have a great president of Mexico who was fantastic to me," Trump said.

Biden has said that Mexico was refusing to take in all of the families that the U.S. tries to expel after they attempt to cross at the southern border. He has said his administration is in negotiations with Mexican President Andrés Manuel López Obrador on the matter.

"Some families are not going back because Mexico is refusing to take them back. Some, not all," Biden said in his first news conference on Thursday.

"We’re in negotiations with Mexico. That's going to change. They should all be going back," he continued. 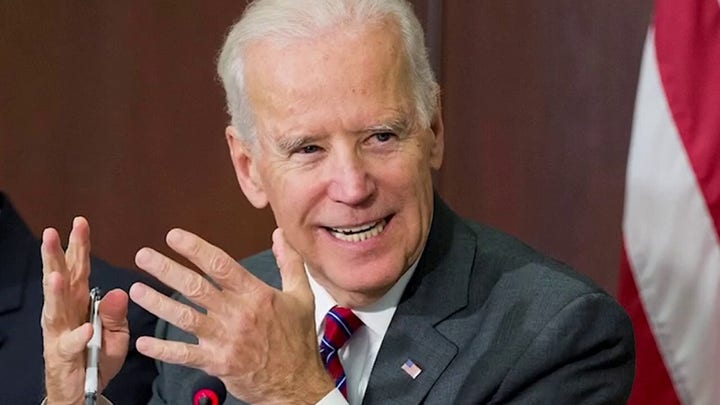 Last week Trump accused Biden of causing "death and human tragedy" by undoing some of his border policies, which Biden had deemed inhumane. 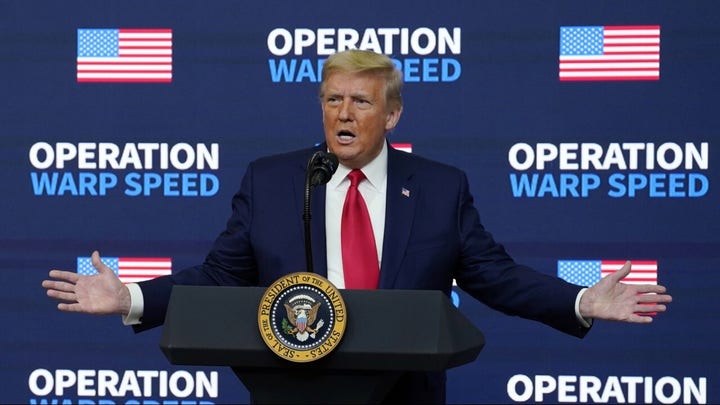 Republicans have been urging President Biden to visit the border to experience firsthand the overwhelmed facilities amid a border surge. After visiting the border, Sen. Mike Braun, R-Ind., penned a letter to the president imploring him to take a trip south.

"The crisis surrounding this surge makes it a moral imperative for you to see firsthand what is happening—and not the sanitized version of the border tour taken by some of my congressional colleagues," Braun wrote. "Having personally gone this week, I can testify to this being an inhumane, unsustainable and dangerous situation.

The Customs and Border Protection (CBP) facilities have been operating far beyond capacity amid a troubling surge in border crossers. The agency announced that it had encountered more than 100,000 migrants at the border in February, while numbers of child migrants in custody have also increased dramatically.