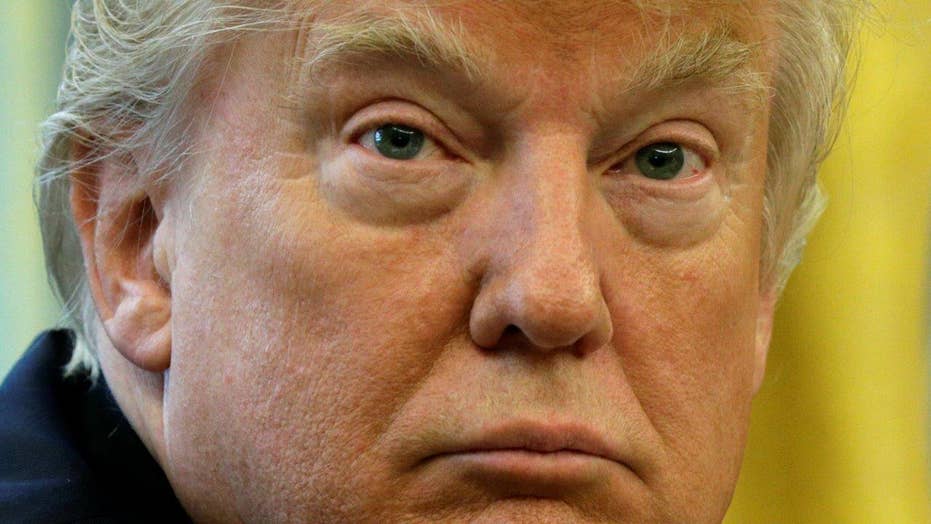 President Trump has dismissed the end of his first 100 days in office as an “artificial” marker, but he’s packed the final stretch with a burst of executive orders and lofty legislative goals covering health care, tax reform and more.

Before Saturday’s deadline, Trump plans to sign at least four executive orders -- including one aimed at easing regulations on offshore oil and gas exploration and another to protect whistleblowers at the Department of Veterans Affairs, under a microscope for failing to provide adequate patient care.

Another would direct the Interior Department to review prior national monument designations.

Taken together, this would put the first 100 days’ executive order tally at over three-dozen, the most of any modern presidency. 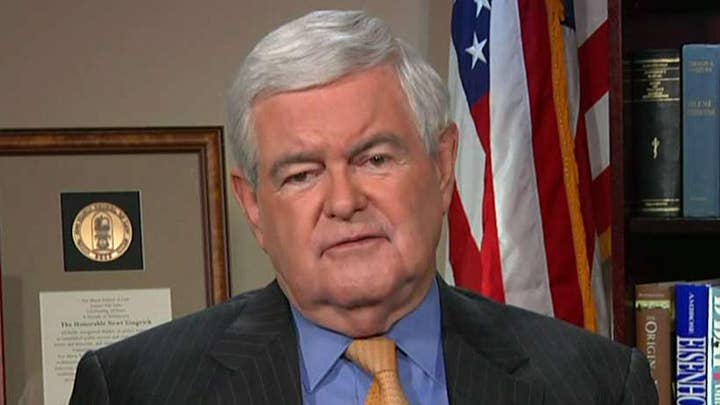 Gingrich also argued that Trump has done exceptionally well for having never held public office and taking a political path “that is very different for the country.”

While the president is packing in the executive orders, his “100 days” report card is still missing a major legislative achievement.

Trump at least wants to make progress toward tax reform, and is scheduled Wednesday to release a blueprint for that proposal.

The president has touted the plan as a “massive” tax cut for individuals and corporations. But White House budget director Mick Mulvaney cautioned on “Fox News Sunday” that voters should expect only proposed tax rates and that a final plan won’t be ready until at least June.

However, Stier argued that continuing success of failure will depend on how soon Trump can fully staff his administration, considering just 22 of his 50 nominations have been confirmed (with two withdrawn.)

“It’s vital to have your team in place,” said Stier, whose group includes the Center for Presidential Transition. “The beginning days are extremely important because that’s the time when presidents drive their agenda, lays their foundation for later. … If Trump doesn’t do it now, he’ll have trouble catching up later.”

Trump’s biggest and most pressing concerns now appear to be on Capitol Hill, where he wants a vote soon on ObamaCare and where his insistence that money for his border wall be included in a critical spending bill is complicating negotiations.

If neither side budges, it could force a government shutdown by midnight Friday.

Democrats in the GOP-controlled Congress also are demanding continued federal subsidies to insurance companies under ObamaCare in exchange for their votes on the stopgap spending bill.

The White House on Sunday appeared to send a mixed message on whether Trump would relent or allow a politically unpopular shutdown.

“We don’t know yet,” Mulvaney, director of the White House Office of Management and Budget, told “Fox News Sunday.”

Mulvaney also said Republicans have offered to give Democrats some of their priorities “to get something we want.”

However, he conceded nobody likely thinks a shutdown is “desirable,” while Homeland Security Secretary John Kelly told CNN that Trump will likely “insist” the spending bill include a down payment on his proposed U.S.-Mexico border wall.

Attorney General Jeff Sessions told “Fox & Friends” that if funding dries up after Friday amid a dispute over the border wall, “it will be the Democrats that shut this government down.”

Trump, meanwhile, wants to restart movement on health care after a plan to repeal the 2010 Affordable Care Act -- which he vowed as a candidate to replace -- failed last month in the House without a final vote.

The White House apparently is pushing lawmakers to try again and a new document has been circulating, but House Speaker Paul Ryan has made clear in recent days that his priority is averting a shutdown.

The failed attempt in March was considered a major defeat for Trump, along with federal courts holding up his executive orders to ban travel from several majority Muslim nations.

However, supporters argue Trump has had several early successes -- including picking a respected Cabinet and getting Judge Neil Gorsuch confirmed to the Supreme Court.

Trump this week also plans to dine with Supreme Court justices, meet with the president of Argentina, go to Atlanta for a National Rifle Association event and hold a rally Saturday in Harrisburg, Pa.