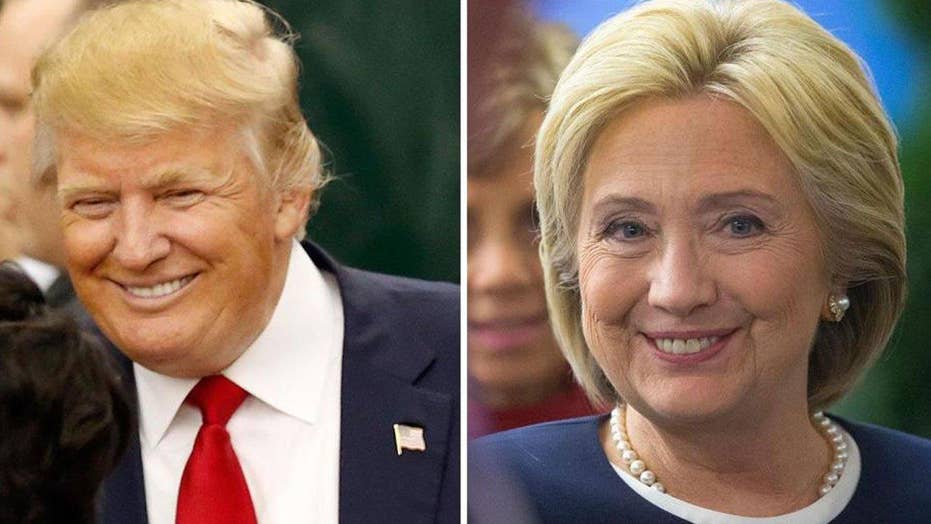 Donald Trump isn’t letting up on drawing attention to Bill Clinton’s history of infidelity, posting a video that tries to link the Clintons to scandal-scarred Bill Cosby and ex-Rep. Anthony Weiner.

The short video posted to Instagram opens with an image of the former president alongside former intern and paramour Monica Lewinsky. It then cuts to images showing Hillary Clinton standing beside then-Rep. Weiner and Cosby.

Both Clintons, though, have indicated they’re going to stop responding to Trump’s provocations for now.

The ex-president, in Cedar Rapids, Iowa, on Thursday, said Trump says a “lot of things” but suggested he won’t respond unless Trump wins the GOP nomination.

“I have no response,” Clinton told reporters. Clinton, who’s in the midst of a major campaign swing through early-voting states to stump for his wife, said his only interest is in helping her presidential bid.

The video then describes Trump as the “true defender of women’s rights.”

Trump has engaged in a nasty war of words with the Clintons in recent weeks, bringing up Bill Clinton’s past scandals when Hillary Clinton accused Trump of sexism.

Cosby, after facing numerous allegations of sexual assault, was charged last week in a sex assault case in Pennsylvania. The actor denies the allegations. Weiner, once a rising star in the Democratic Party, resigned in 2011 after it emerged the married congressman had been sending illicit text messages to other women.