President Trump does not have plans to immediately concede the election, despite Democratic nominee Joe Biden leading in key states that could deliver him enough electoral votes to declare him the winner of the 2020 presidential race, a senior aide told Fox News.

The aide told Fox News that the president’s counselors have been giving him advice in both directions, with some telling Trump that a concession is the correct thing to do, and others pushing him to continue to fight to ensure the vote was correct and legitimate.

The source told Fox News that the president is “simply skeptical.”

“He warned about this for months,” the aide said. “The media didn’t take it seriously, and now, here we are with the scenario.”

The aide said, though, that the president “may ultimately concede.”

“He’s just not there yet,” the aide added.

The Trump campaign has already filed lawsuits in a number of states this week, seeking access to poll watching, as well as a federal lawsuit in Nevada urging officials to stop counting “illegal” ballots, claiming thousands of ballots were sent to non-residents and the deceased. 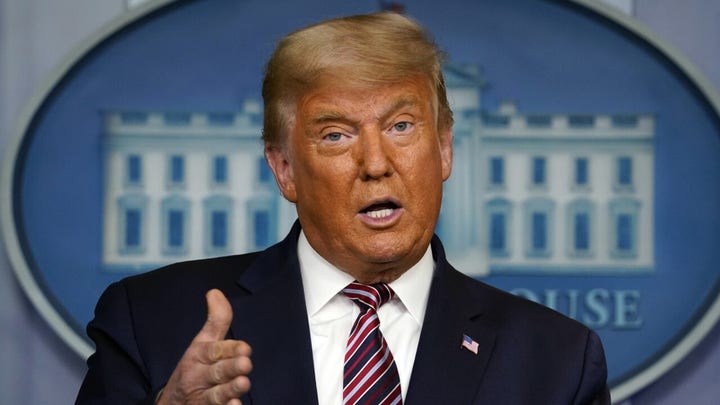 Asked if this would be resolved any time in the near future, the aide told Fox News, “I don’t see how it is.”

Meanwhile, Trump campaign general counsel Matt Morgan on Friday said: "This election is not over."

"The false projection of Joe Biden as the winner is based on results in four states that are far from final," Morgan said. "Georgia is headed for a recount, where we are confident we will find ballots improperly harvested, and where President Trump will ultimately prevail."

Morgan went on to say that "there were many irregularities in Pennsylvania, including having election officials prevent our volunteer legal observers from having meaningful access to vote counting locations."

"We prevailed in court on our challenge, but were deprived of valuable time and denied the transparency we are entitled to under state law," he continued. "In Nevada, there appear to be thousands of individuals who improperly cast mail ballots."

Morgan added: "Finally, the President is on course to win Arizona outright, despite the irresponsible and erroneous ‘calling’ of the state for Biden by Fox News and the Associated Press. Biden is relying on these states for his phony claim on the White House, but once the election is final, President Trump will be re-elected.”

He added: "And the United States government is perfectly capable of escorting trespassers out of the White House.”

The president, on Thursday, vowed that he and his campaign would “not allow corruption to steal” the election, while maintaining that he will win the 2020 presidential race.

The president said that his “goal is to defend the integrity of the election.”

“If you count the legal votes, I easily win,” the president said. “We will not allow corruption to steal such an important election—or any election for that matter.”

He added: “We can’t allow anyone to silence our voters or manufacture results.”

“It's not a question of who wins, Republican or Democrat. Joe, myself,” Trump said. “We can't let that happen to our country. We can't be disgraced by having something like this happen.”

He added: "So it will be hopefully cleared up maybe soon. I hope soon, but it'll probably go through a process, a legal process, and as you know, I've claimed certain states and he's claiming states. So we can both claim the states. But ultimately, I have a feeling judges are going to have to rule.”

The president went on to say there have “been a lot of shenanigans and we can't stand for that in our country.” 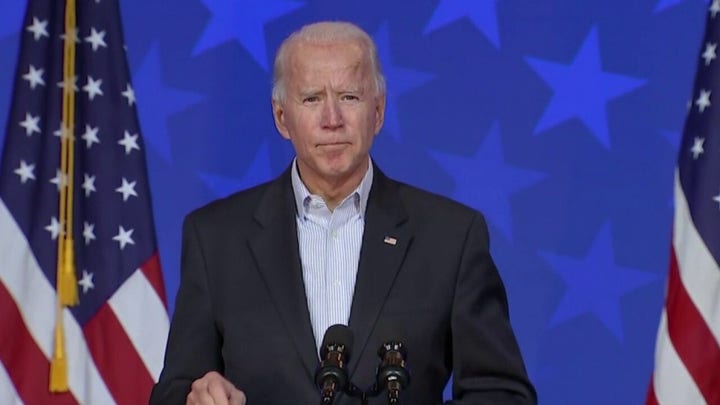 The Trump campaign has filed lawsuits in several states throughout the nation this week, seeking access for poll watching. In Pennsylvania, an appellate court judge cleared the way for the Trump campaign to more closely observe the canvassing of ballots by the Philadelphia County Board of Elections.

Poll watchers were initially required to remain at least 25 feet away from tables where people were carrying on the task of scanning mail and absentee ballots inside the Pennsylvania Convention Center, but Pennsylvania Commonwealth Court Judge Christine Fizzano Cannon issued an order requiring “all candidates, watchers, or candidate representatives be permitted to be present for the canvassing process” and “be permitted to observe all aspects of the canvassing process within 6 feet, while adhering to all COVID-19 protocols, including wearing masks and maintaining social distancing.”

The president added that places like "Detroit and Philadelphia cannot be responsible for engineering the outcome of a very important presidential race.”

“There is absolutely no legitimate reason why they would not want to have people watching this process, because if its straight, they should be proud of it,” Trump said. “They’re trying, obviously, to commit fraud and there is no question about that.”

Trump went on to call Philadelphia a “corrupt Democrat machine.”

Meanwhile, the president urged his Democratic rival Joe Biden to “clarify” what type of votes should be counted.

“I challenge Joe and every Democrat to clarify that they only want legal votes — they say the word votes — we want legal votes to be counted,” Trump said. “Openness and transparency, no illegal votes cast after Election Day.”

Biden, earlier in the day, said that he believed that "each ballot must be counted” and urged supporters to stay “calm.”

“Each ballot must be counted and thats what we’re going to see going through now and that’s how it should be,” Biden said Thursday afternoon. “Democracy is sometimes messy and sometimes includes patience as well.” 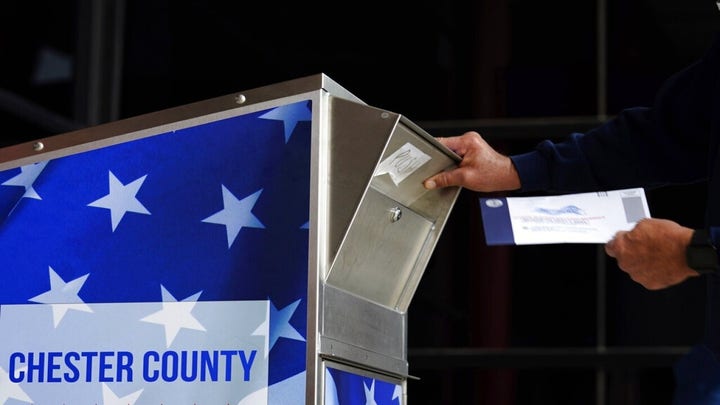 Trump maintained that he and his campaign “want an honest election, we want an honest count and we want honest people working back there.”

During his press briefing, Trump claimed he would win the presidential race, while Biden on Thursday said that he has "no doubt" he will win the election during short remarks he made from Wilmington, Del.

"We continue to feel very good about where things stand," Biden said. "And we have no doubt that when the count is finished, Senator Harris and I will be the winners."

The Biden campaign criticized Trump's press briefing, with one Biden staffer calling it "desperate, baseless and a sure sign he’s losing.”

Two days after Election Day, neither candidate had amassed the votes needed to win the White House. Fox News projected victories for Biden in the Great Lakes states, which left him at 264 meaning he was one battleground state away from becoming president-elect.

Trump, with a projected 214 electoral votes, faced a much higher hurdle. To reach 270, he needed to claim all four remaining battlegrounds: Pennsylvania, North Carolina, Georgia, and Nevada. Trump generally was projected to receive a larger in-person voter turnout on Election Day, and Biden was thought to have a larger turnaround through vote by mail.