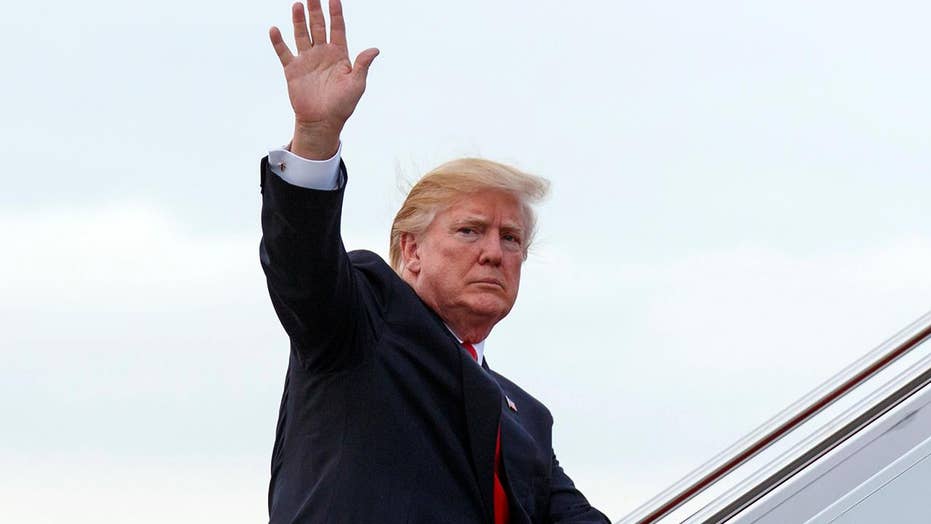 President Trump threatened to cut off aid to the Palestinian Authority Tuesday, saying that organization was "no longer willing to talk peace."

In a pair of tweets, Trump complained that "we pay the Palestinians HUNDRED OF MILLIONS OF DOLLARS a year and get no appreciation or respect. They don't even want to negotiate a long overdue ... peace treaty with Israel."

Trump added that the U.S. had taken "Jerusalem, the toughest part of the negotiation, off the table, but Israel, for that, would have had to pay more ... why should we make any of these massive future payments to [the Palestinians]?"

Palestine Liberation Organization executive committee member Hanan Ashrawi responded: "We will not be blackmailed. President Trump has sabotaged our search for peace, freedom and justice. Now he dares to blame the Palestinians for the consequences of his own irresponsible actions!"

Last month, Trump announced that the U.S. would consider Jerusalem the capital of Israel and move its embassy there.

Trump has long said he wants to broker Mideast peace, calling it "the ultimate deal." He tasked son-in-law Jared Kushner to restart the effort, and brought his former attorney, Jason Greenblatt, into the White House to lead the negotiations.

Trump's Mideast peace team had held meetings with Israeli, Palestinian and Arab leaders for nearly a year ahead of an expected peace proposal.

But by recognizing Israel's claim to Jerusalem, Trump was seen by the Palestinians as siding with Israel on the most sensitive issue in the conflict. The Palestinians seek east Jerusalem -- which Israel captured in 1967 -- for their capital.

Palestinian leader Mahmoud Abbas said the announcement destroyed Trump's credibility as a Mideast peace broker, calling the decision "a declaration of withdrawal from the role it has played in the peace process."

On Twitter, Trump also issued a threat to cut off foreign aid dollars to an unspecified list of countries that don't reciprocate.

"It's not only Pakistan that we pay billions of dollars to for nothing, but also many other countries, and others," Trump tweeted, appearing to reference a Jan. 1 tweet lambasting Pakistan for failing to do enough to combat terror groups while taking U.S. aid.

"No more!" Trump had tweeted Monday.

Trump's envoy to the United Nations, U.S. Ambassador Nikki Haley, foreshadowed Trump's warning earlier Tuesday at the U.N. Security Council. Haley said the president doesn't want to give any more funds "until the Palestinians are willing to come back to the negotiation table."