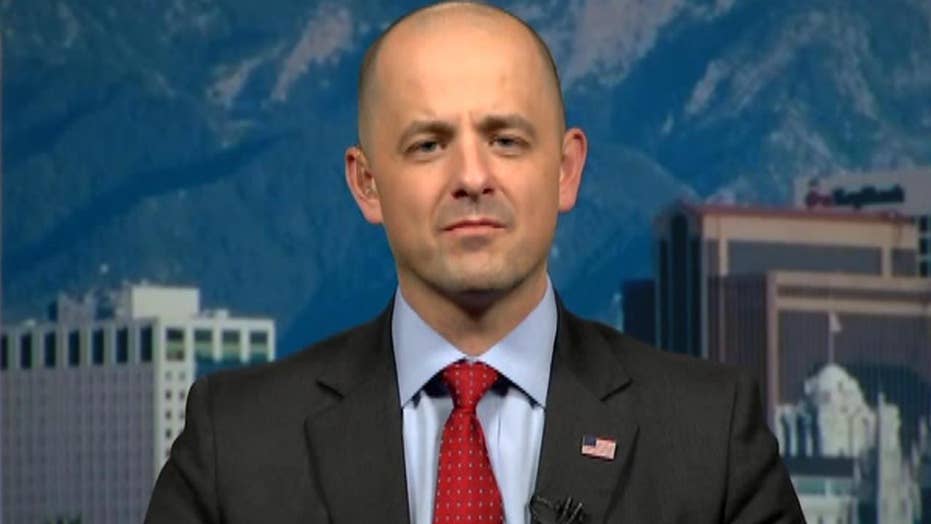 Evan McMullin: Trump is a spoiler for conservatism, GOP

On 'Your World,' independent presidential candidate on why he is polling close to Trump, Clinton in Utah

Utah is among the most reliable Republican states in the country, having voted for the party’s presidential nominee for the past six decades. But Utah appears no sure thing for Republicans in 2016, as the state’s electorate, defined by its relationship with the Mormon church, seems increasingly concerned about GOP nominee Donald Trump and his behavior.

The Associated Press has moved Utah to a tossup race, after recent polls in the state show a narrowing gap between Trump and Democratic presidential nominee Hillary Clinton.

The change follows about of week of revelations and allegations about Trump's behavior toward women and amid support for Evan McMullin -- a Mormon and Republican running as an independent.

In two polls released last week, Trump is either tied with Clinton or leads by just single digits.

And a poll released Wednesday by Y2 Analytics found Trump and Clinton tied with 26 percent support, followed by McMullin, also a Utah native and a Brigham Young University graduate, with 22 percent, and Johnson with 14 percent.

After the release of a 2005 video of Trump making sexually predatory comments to "Access Hollywood" host Billy Bush, the Church of Latter-day Saints-owned Deseret News newspaper published an editorial calling for the GOP nominee to step aside, saying, "What oozes from this audio is evil."

McMullin, who is still mostly unknown to Utah voters, appears to have the greatest potential to capitalize on distaste for the GOP nominee.

The AP analysis is of the map as it stands today. It considers preference polling, recent electoral history, demographic trends and campaign priorities such as advertising, travel and on-the-ground staff.

AP also this week moves the 2nd Congressional Districts in Maine and Nebraska to toss-ups. Both states award a single electoral vote to the winner of each congressional district.

Polls show Clinton ahead of Trump nationally, and she maintains edges in enough states to win the White House if she can hold on to her current leads.