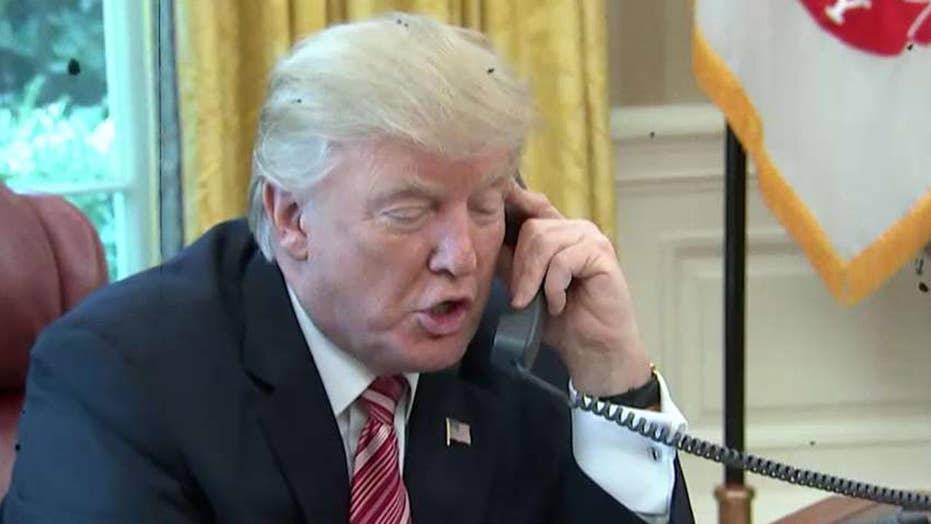 President Trump blasted the “crazed” media Wednesday over its coverage of his congratulatory call to Russian President Vladimir Putin after winning his election, stating that “getting along with Russia” is a “good thing,” and that other U.S. presidents didn’t have a “chemistry” with Putin.

“I called President Putin of Russia to congratulate him on his election victory (in past, Obama called him also). The Fake News Media is crazed because they wanted me to excoriate him. They are wrong! Getting along with Russia (and others) is a good thing, not a bad thing……” Trump tweeted Wednesday afternoon.

The president’s tweet came after days of criticism from members of the both parties and the media for his move to call and congratulate Putin following Russia’s presidential election.

“…They can help solve problems with North Korea, Syria, Ukraine, ISIS, Iran and even the coming Arms Race,” Trump continued in a tweet minutes later. “Bush tried to get along, but didn’t have the ‘smarts.’ Obama and Clinton tried, but didn’t have the energy or chemistry (remember RESET.) PEACE THROUGH STRENGTH.”

The president’s call with Putin occurred on Tuesday morning, when the two discussed a potential meeting in the “not too distant future.”

But, the president’s National Security Council had warned him not to congratulate Putin on the call.

First reported by The Washington Post late Tuesday, and confirmed by Fox News, the NSC prepared a memo for the president’s post-election phone call with Putin, which warned him not to congratulate Putin on his election victory. The memo read, “DO NOT CONGRATULATE” in all-caps.

But a senior administration official told Fox News on Wednesday that it was likely Trump never saw the memo, as his pre-call briefing was done over the phone, and not in person.

The senior administration official told Fox News that during the pre-call briefing, the “do not congratulate” guidance was never brought up.

While the memo was in the president’s daily briefing book, senior administration officials said it was likely the president did not read it before the call, which took place early in the morning from the residence.

White House officials told Fox News that chief of staff John Kelly is “frustrated and deeply disappointed” that someone leaked the contents of the Putin briefing memo. 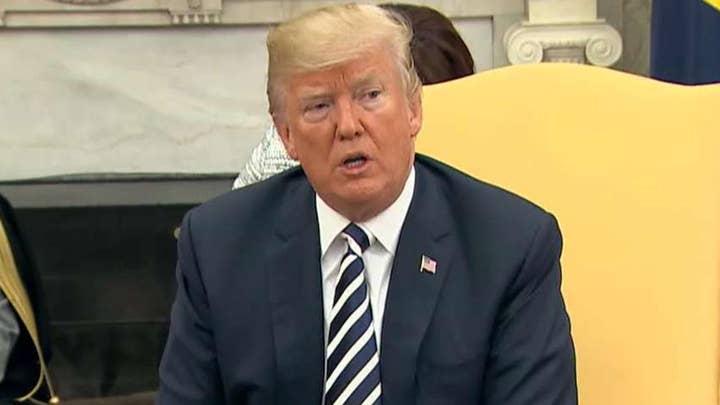 But administration officials told Fox News that the White House still has a leaker willing to leak classified information to the press with the intention of embarrassing the president.

“If this story is accurate, that means someone leaked the President’s briefing papers,” a White House official told Fox News. “Leaking such information is a fireable offense and likely illegal.”