Former President Donald Trump will hammer President Biden on everything from immigration to China when he addresses the Conservative Political Action Committee (CPAC) on Sunday, sources familiar with the speech told Fox News.

Meanwhile, Trump is expected to fall just short of announcing a 2024 presidential bid. The sources said he will go between "warming up to the idea of a 2024 run, and walking right up to the line of announcing another campaign" -- though he is not expected to make an actual announcement.

CPAC READIES FOR FLORIDA GATHERING AMID COVID-19, AS CONSERVATIVES READY FOR TRUMP BONANZA

Trump will be the headline speaker at the event in Orlando, Fla., which kicks off Thursday. Trump will speak on the final day of the conference, topping a slew of conservatives and Republicans from across the country.

It will be Trump’s first public appearance since leaving office and comes as Biden has taken a number of actions to undo his predecessor's policies.

Biden has perhaps moved fastest on immigration, where he has already taken a slew of measures to stamp out Trump-era policies. He has stopped the construction of the wall at the southern border, ended the travel bans and taken steps to loosen asylum policies such as the Migrant Protection Protocols (MPP.)

Republicans have warned of a brewing crisis at the border, fueled by a surge in migrants motivated by liberalizations on enforcement and asylum policy in the U.S.

It is unclear to what extent Trump will relitigate the 2020 election, which he has repeatedly claimed to have won.

TRUMP TO CLAIM HE IS 'PRESUMPTIVE 2024 NOMINEE,' LEADER OF GOP IN CPAC SPEECH: REPORT

Trump’s speech will be closely watched both for indications of a possible 2024 run -- where early polls show him the comfortable frontrunner in the Republican primary if he chooses to run again -- and also whether he intends to target political opponents within the Republican Party. 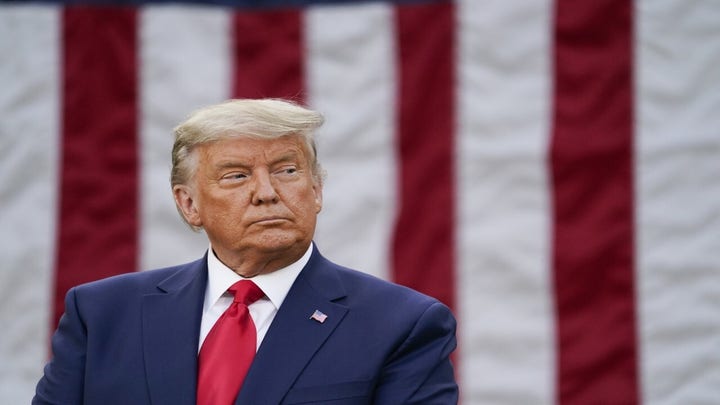 A source familiar with Trump’s speech told Fox News last week that Trump will speak about the future of the Republican Party and the conservative movement as well as Biden’s policies on amnesty and the border.

TRUMP CPAC MESSAGE TO INCLUDE 'BIG THANK YOU' TO SUPPORTERS, LARA TRUMP EXPECTS

Axios reported this week that Trump will stoke primary challengers from some of those lawmakers who oppose him and give funding and endorsements to "the Trumpiest candidates."

Trump has recently made a handful of statements, including about his impeachment trial and the death of Rush Limbaugh, but this will be his first major address since leaving office.

Trump’s influence on the conference is likely to be felt throughout the conference, however, as the conservative movement post-Trump begins to take shape.