Cipollone is a former Justice Department attorney who is with the firm Stein, Mitchell, Cipollone, Beato and Missner.

Cipollone’s area of expertise is commercial litigation, but he has also been advising Trump’s outside legal team. One source called him “counsel to the counsel.”

"Pat Cipollone is a brilliant attorney,” said Jay Sekulow, a member of Trump’s legal team. “I have had the privilege to work with him and can attest to his skill, integrity, and knowledge of the law.  If selected by the president, he would make an outstanding White House Counsel." 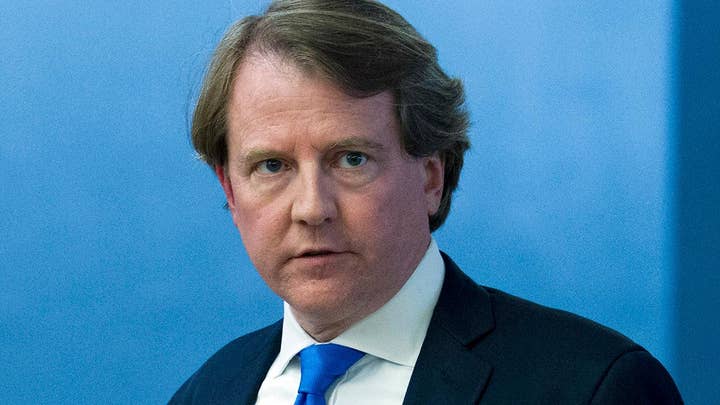 McGahn’s departure had been expected. Fox News reported earlier this summer that McGahn had expressed a desire to leave the White House, and he could be replaced by former George W. Bush aide Emmet Flood.

Sources say Flood is still in the running – though it is unclear whether Flood wants to give up his private practice for the amount of time it would take to serve as White House counsel.

“White House Counsel Don McGahn will be leaving his position in the fall, shortly after the confirmation (hopefully) of Judge Brett Kavanaugh to the United States Supreme Court,” Trump tweeted Wednesday. “I have worked with Don for a long time and truly appreciate his service!”

The announcement caught at least one senior Republican by surprise. Senate Judiciary Committee Chairman Chuck Grassley urged Trump to keep his White House counsel on board.

McGahn served as Trump’s top campaign lawyer during the presidential campaign in 2016.

Trump has said he approved of McGahn’s cooperation, and his legal team has used the revelation that investigators spent more than 30 hours with McGahn to argue it’s time to wrap up the probe. 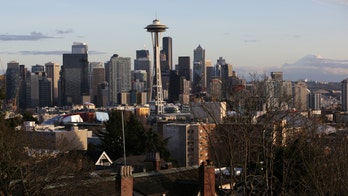