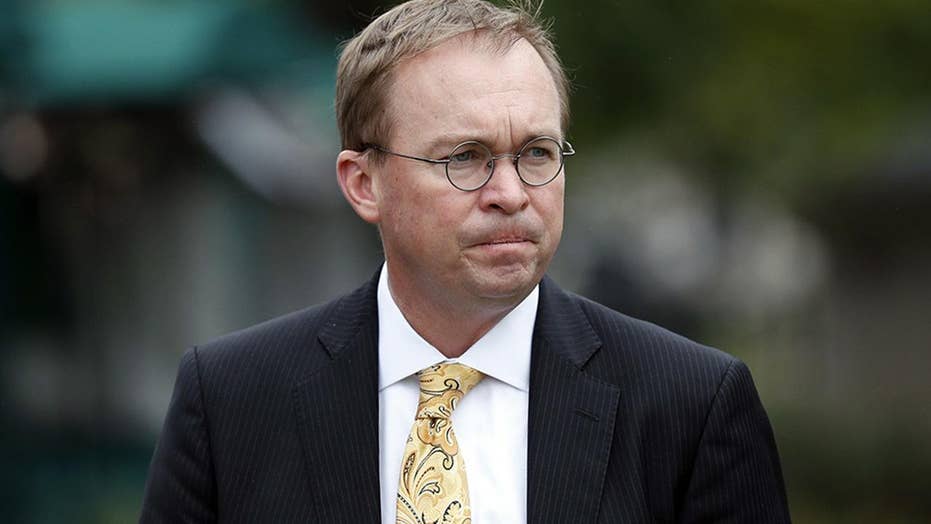 The Department of Justice released a statement Saturday giving President Trump the authority to appoint an acting director of the Consumer Financial Protection Bureau (CFPB).

The conclusion comes amid ongoing conflict after the agency's director, Richard Cordray, resigned on Friday and appointed his own successor. Meanwhile, the president appointed someone else.

Trump took to Twitter on the matter to air his grievances with the CFPB, calling the agency "a total disaster."

“The Consumer Financial Protection Bureau, or CFPB, has been a total disaster as run by the previous Administrations pick,” Trump said in the first tweet. “Financial Institutions have been devastated and unable to properly serve the public. We will bring it back to life!”

In a follow-up tweet, Trump said, “Check out the recent Editorial in the Wall Street Journal @WSJ about what a complete disaster the @CFPB has been under its leader from previous Administration, who just quit!”

Cordray, who was appointed to the position by President Obama, nominated the agency’s chief of staff Leandra English to succeed him. Under the Dodd-Frank Act that created the CFPB, English would assume the role of director -- which Cordray specifically cited when he moved her into the spot.

Cordray's move would allow his choice of successor to continue running the agency for as long as possible before the president's long term nomination could ultimately be confirmed by the Senate.

However, Trump used his authority to designate Mick Mulvaney as the acting director. Mulvaney is also the director of the Office of Management and Budget.

English is a longtime CFPB employee and ally to Cordray, while Mulvaney has been a critic of the agency and has wanted its authority reduced. The outcomes of such different leadership would be significant.

The CFPB was created as part of the laws passed following the 2008 financial crisis and subsequent recession. The agency was given a broad mandate to be a watchdog for consumers when they deal with banks and credit card, student loan and mortgage companies, as well as debt collectors and payday lenders. Nearly every American who deals with banks or a credit card company or has a mortgage has been affected by new rules the agency put in place.