The Trump administration announced Tuesday it planned to end what it suggested was an illegal Obama-era rule allowing unions to collect dues from state subsidies intended for home health workers -- including family caregivers.

Federal law generally prohibits states from skimming money from Medicaid payments bound for independent in-home personal care workers. But in 2014, the Obama administration created an exception, saying that states could divert some of that Medicaid money to unions, on the theory that these workers effectively were public-sector employees.

Eleven left-leaning states have used that provision to raise more than $200 million a year for unions by taking it from health workers who often didn't even realize it, according to top GOP officials.

Those states include California, Massachusetts, New Jersey, and Illinois -- a blue state which has been at the center of recent Supreme Court rulings stripping power from organized labor.

But GOP leaders said the Obama administrative exception violates the federal Social Security Act, as well as the rights of home health workers.

The Trump administration's decision means that the Centers for Medicare & Medicaid Services (CMS) has begun the formal process of proposing a new rule to roll back the Obama regulation.

“The law provides that Medicaid providers must be paid directly and cannot have part of their payments diverted to third parties outside of a few very specific exceptions,” Tim Hill, acting director of the Center for Medicaid and CHIP Services, said in a statement. “This proposed rule is intended to ensure that providers receive their complete payment, and any circumstances in which a state does divert part of a provider’s payment must be clearly allowed under the law.”

"Union dues skimming diverts Medicaid funds from the very people that the program is supposed to help."

House Republicans have long sought to pull the plug on the Obama-era rule, which they have characterized as unethical and illegal. Wisconsin GOP Sen. Ron Johnson, who chairs the Homeland Security and Governmental Affairs Committee, had urged the Trump administration to take action on the issue earlier this year.

In a statement, Johnson told Fox News he would continue to monitor Medicaid funding. 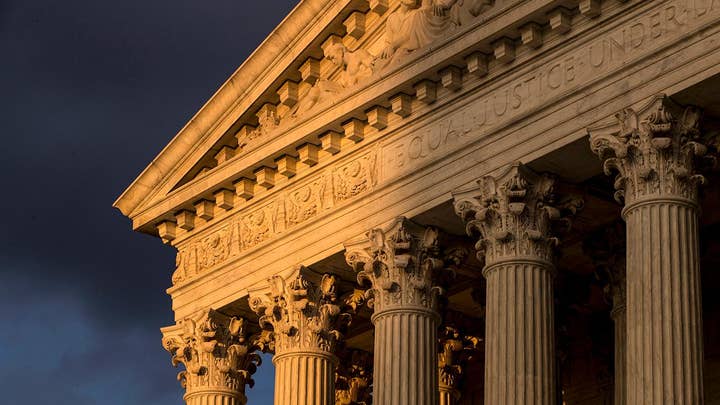 “Union dues skimming diverts Medicaid funds from the very people that the program is supposed to help," Johnson said. "I applaud the Trump Administration for taking the first steps to rein in this abuse. My committee will continue to conduct oversight of CMS’s stewardship of Medicaid funds so that American taxpayers can have confidence the funds flow to those in need.”

The so-called dues skimming has continued to occur despite a 2014 Supreme Court ruling that home health workers couldn't constitutionally be required to pay union agency fees because they were not public-sector workers.

The Trump administration's move marked the latest setback for unions. Last month, the Supreme Court dealt yet another tough blow to organized labor in Janus v. AFSCME, which held that nonunion public workers could not be forced to pay agency fees to public-sector unions, either.

It had long been illegal for unions to force non-members to pay for their explicitly political activity, but the Supreme Court's ruling extended that prohibition to the payment of the agency fees, saying even those expenditures amounted to unconstitutionally coerced participation in the political activity of collective bargaining.

In a statement, the Service Employees International Union (SEIU) called the Trump administration's move a "broad, coordinated attack against working people," and said it would hurt minorities.

"The proposed CMS rule, combined with the Janus ruling, are two more efforts by the Trump Administration and billionaire-funded special interest groups to silence a workforce comprised of 90 percent women, most of whom are women of color, and to reduce the power of working people by making it more difficult for them to join together in a union to fight to ensure that our loved ones can get the care they need to live at home with dignity," read a statement by Melody Benjamin, who SEIU said is a home care worker.