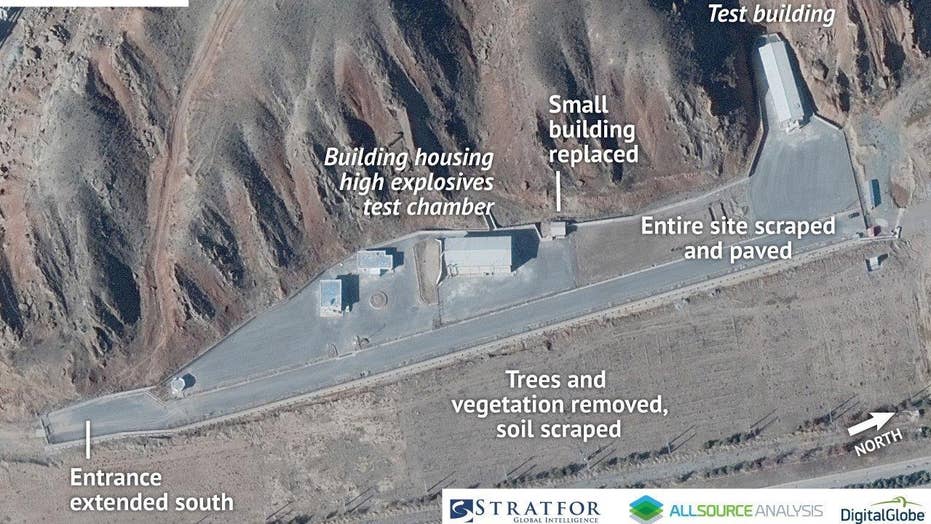 WASHINGTON – A State Department official told lawmakers Thursday he was unsure of the precise location of tons of low-enriched uranium shipped out of Iran on a Russian vessel as part of last summer's nuclear agreement.

Ambassador Stephen Mull, the lead U.S. official overseeing the deal's implementation, said during testimony before the House Foreign Affairs Committee that the stockpile is a Russian custody issue. He said the U.S. is confident the material will be controlled properly.

"We obviously have had many differences for many years with Russia," Mull said. "But one of the features of our relationship is pretty close cooperation and protection of nuclear material."

Following the hearing, a senior administration official said the Iranian stockpile is in Russia, where it will be stored in a secure place, but did not specify where. The official was not authorized to speak publicly and requested anonymity.

Critics of the nuclear deal seized on the shipment's status as an example of the agreement's flaws. Rep. Chris Smith, R-N.J., said in a statement that it's "outrageous and unbelievable" that Russia is being trusted to be the repository for such sensitive material.

Russia is a close ally of Iran, said Smith, who added that's he unaware of a requirement in the nuclear agreement that requires Russia to declare where the material will be stored and how it will be safeguarded.

The low-enriched uranium is suitable mainly for generating nuclear power and needs substantial further enrichment for use in the core of a nuclear warhead. In late December, more than 12 tons of the material was loaded onto a Russian ship for transport out of Iran.

"We do not have concerns about Russian custody of this material," Mull said. What's important, he said, is that it not be returned to Iran. Mull said there are sufficient monitoring systems in place to know if even "one piece of dust of that material goes back."

Unable to prevent the nuclear deal from moving forward, congressional Republicans are stepping up their scrutiny of the pact to ensure Tehran is held accountable for any violations and also is punished for hostile behavior ranging from ballistic missile tests to human rights abuses.

The heightened scrutiny reflects a longstanding antipathy toward Iran and also fuels an election-year issue for the GOP. Republicans believe President Barack Obama's failure to adequately confront Iran is emblematic of a feckless foreign policy — a position GOP presidential candidates have hammered relentlessly.

In recent weeks, Iran has flown a surveillance drone over a U.S. aircraft carrier and captured 10 U.S. Navy sailors who entered Iranian territorial waters near Farsi Island, an outpost in the middle of the Persian Gulf. The sailors were released in less than a day, though Iranian state media aired footage of the sailors' capture, angering lawmakers in Washington.

Director of National Intelligence James R. Clapper told lawmakers during testimony on Tuesday that since 2010 Iran has fired about 140 missiles in violation of a U.N. resolution. About half of the launches occurred during negotiations over the nuclear deal. The two most recent firings took place last fall, according to Clapper, who said Iranian officials were sending a message "that they are still going to continue to develop what is already a very robust missile force."

The Obama administration imposed new sanctions against 11 individuals and entities involved in Iran's ballistic missile program last month, a day after implementation of the nuclear deal. But Republicans derided the new sanctions as weak and have urged a more forceful response.

"It appears the (Obama) administration is determined to protect this deal at all costs," said the committee's chairman, Rep. Ed Royce, R-Calif.

The administration wasn't without its defenders. Rep. Gerry Connolly, D-Va., walked Mull through a series of questions aimed at demonstrating the importance of the deal. Critics of the agreement, he said, were certain Iran would cheat and it would end up enabling Tehran's development of nuclear weapons. That's not what has happened, Connolly said.

"It sounds to me like, despite predictions to the contrary notwithstanding, they're further away from a nuclear weapon today than they were before the agreement. Is that correct?" Connolly asked.

"That is undeniably true," Mull said.