Labor Secretary Alexander Acosta faced mounting calls Tuesday from top Democrats to resign over his involvement in a controversial plea deal years ago for financier Jeffrey Epstein, as the Trump administration fought back and the secretary himself defended his handling of the case.

Senate Minority Leader Chuck Schumer on Tuesday joined House Speaker Nancy Pelosi, D-Calif., in calling for the labor secretary to go over the deal he once struck as a U.S. attorney giving Epstein a light sentence for two felony prostitution charges in Florida. Epstein was arrested over the weekend and indicted for alleged sex trafficking and sex trafficking conspiracy, including allegations he preyed on dozens of victims as young as 14. He pleaded not guilty Monday.

“Epstein should have been behind bars years ago, but unfortunately Secretary of Labor Alex Acosta cut Epstein a sweetheart deal while Acosta was a U.S. attorney in Florida in 2008,” Schumer said Tuesday on the Senate floor. “It is now impossible for anyone to have confidence in Secretary Acosta’s ability to lead the Department of Labor.”

Schumer added: “If he refuses to resign, President Trump should fire him. Instead of prosecuting a predator, a serial sex trafficker of children, Acosta chose to let him off easy. This is not acceptable.”

Acosta, though, posted a series of tweets appearing to stand by his role in the plea deal, while saying the alleged crimes are "horrific" and he's "pleased" New York prosecutors are pursuing the new case against Epstein.

"With the evidence available more than a decade ago, federal prosecutors insisted that Epstein go to jail, register as a sex offender and put the world on notice that he was a sexual predator," he tweeted. "Now that new evidence and additional testimony is available, the NY prosecution offers an important opportunity to more fully bring him to justice."

The Trump administration has vigorously defended Acosta while downplaying Trump's connections to Epstein -- who also is friends with powerful figures like former President Bill Clinton.

White House Counselor Kellyanne Conway said on Tuesday that Trump told her that he hasn't spoken with or seen Epstein in 10 or 15 years. Conway added that, like everyone else, the Republican president sees the sex trafficking charges against Epstein as "completely unconscionable and obviously criminal. Disgusting." 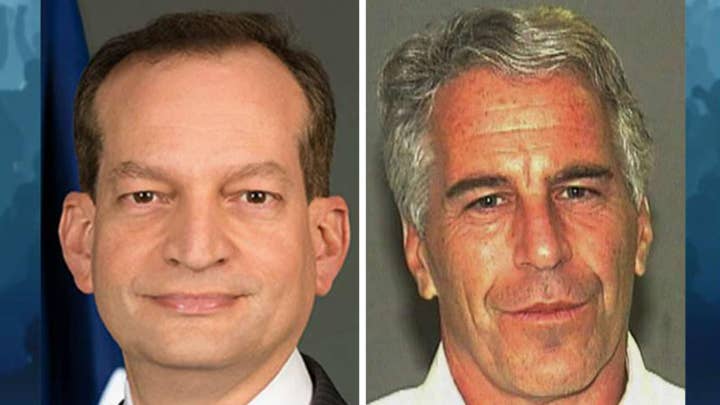 Conway, meanwhile, said Acosta is doing a “great job” and slammed Pelosi for what she described as a “classic” attempt to “not focus on the perpetrator at hand and instead to focus on a member of the Trump administration.”

Trump, speaking at the White House on Tuesday, defended Acosta as a “very good secretary of labor” and said he feels “very badly” for him, maintaining that he wasn’t the only person involved in the controversial plea deal.

The Labor Department said earlier in an email to Fox News that Acosta has no plans on resigning from his post amid the Epstein scandal.

Schumer and Pelosi’s calls opened the floodgates for similar demands from 2020 Democratic presidential hopefuls, including Sens. Kamala Harris of California, Amy Klobuchar of Minnesota and Kirsten Gillibrand of New York.

"Alex Acosta should resign as Labor Secretary. We need leaders committed to fighting for justice for survivors of abuse, not protecting predators," Harris tweeted.

“He should never have been there in the first place, which is why I voted against him,” Gillibrand said Tuesday at the ‘Politics and Eggs’ event at the New Hampshire Institute of Politics.

According to an investigation by the Miami Herald last November, Acosta in 2007 was involved in negotiating a plea deal with Epstein in which the billionaire agreed to plead guilty to the prostitution charges, pay restitution to his victims, register as a sex offender and serve 13 months behind bars at a county jail.

Epstein, who had faced a possible life sentence if convicted of the federal charges hanging over him, instead was able to serve his sentence from his Palm Beach office as part of a work-release program, and co-conspirators were granted immunity before the federal non-prosecution agreement was sealed.

The Miami Herald reported that Epstein lured around 80 girls, between the ages of 13 and 16, to his estate in Florida to have sex with them. 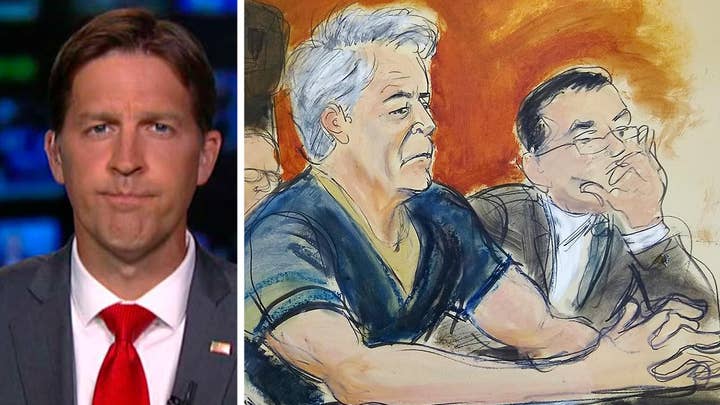 Manhattan U.S. Attorney Geoffrey Berman announced the indictment Monday of Epstein, 66, on sex trafficking and conspiracy charges stemming from at least some of the same conduct that was covered in the agreement over a decade ago.

Epstein pleaded not guilty to the new charges and is being held until a bail hearing next week. Prosecutors want him detained until the case is resolved, contending he is a flight risk because of his extraordinary wealth. 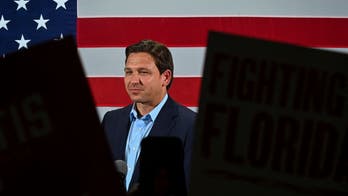 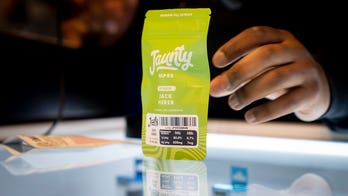 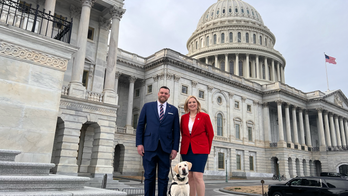