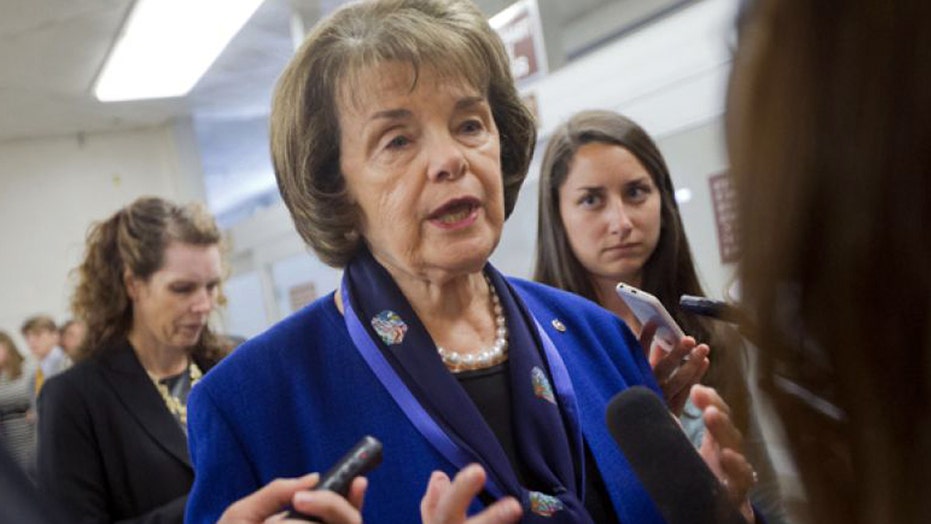 Top officials break with Obama on ISIS being 'contained'

A top Senate Democrat broke with President Obama on his assessment of the Islamic State's strength, saying in the wake of the Paris attacks that the terror network certainly is not "contained."

"I read the intelligence faithfully. ISIL is not contained. ISIL is expanding," Sen. Dianne Feinstein, D-Calif., told MSNBC on Monday.

The top Democrat on the Senate Intelligence Committee weighed in as Obama continued to defend his assessment. He has come under criticism for saying in an interview aired Friday, shortly before the Paris attacks, that ISIS is "contained" and hasn't gained ground in Iraq and Syria.

The president defended his remarks during a combative press conference in Turkey on Monday, on the sidelines of the G20 meeting.

"Both in Iraq and Syria, ISIL controls less territory than it did before," Obama said.

But, pointing to their ambitions to attack outside the Middle East, Feinstein said she's "never been more concerned" about the threat.

"They just put out a video saying it is their intent to attack this country. And I think we have to be prepared," Feinstein added, saying the only way to diminish the group "is by taking them out."

Feinstein adds her voice to dozens of Republicans hammering the administration over the comments and the current military approach.

He called Obama's remarks in Turkey "embarrassing" and said it was the president's "false pride" that has him backing "an obviously failed strategy" to defeat ISIS.

Secretary of State John Kerry, during a visit to Paris, appeared to stick by the strategy in saying the U.S. would "increase" its efforts.

At the same time, he strayed slightly from the Obama administration line that the strategy will remain the same going forward.

"Obviously there is always room for qualitative improvement," Kerry told Fox News on Tuesday. "The president is always willing to listen. And he said this specifically to everybody. Give me things that work."