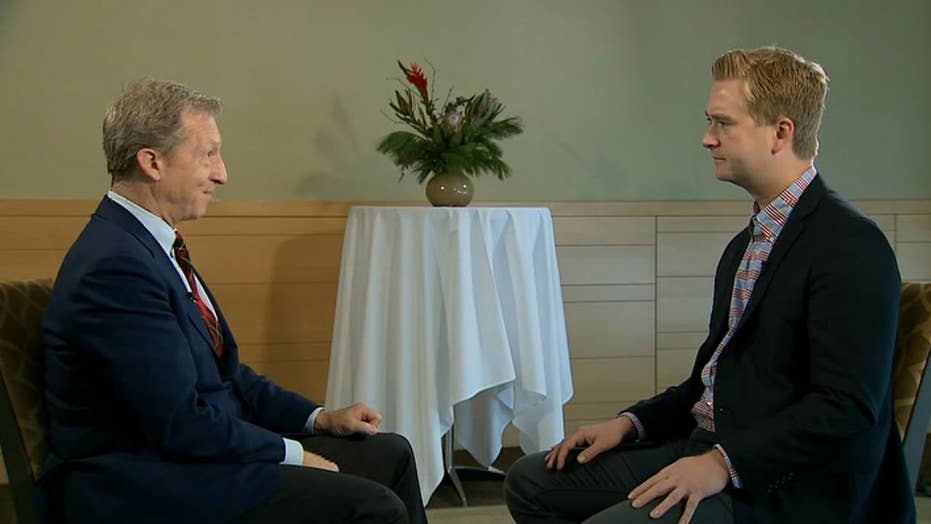 Tom Steyer: This country is not investing in and supporting its citizens, people are being hurt intentionally

Democratic presidential candidate Tom Steyer grew emotional during a Fox News interview on Monday as he described a woman he met in Iowa over the weekend who lost multiple family members to suicide.

Steyer recalled how the woman – during a campaign town hall event on Sunday – told him about the state of mental health services in Iowa.

“And as she was describing this, she mentioned that seven of her family members had committed suicide,” Steyer said while in Iowa City.

The Democratic candidate went on to say that interactions like this on the campaign trail have taught him that while “we talk about these policies, it’s very removed from the reality of Americans' lives.”

“If you see someone whose family has a spate of suicides because people are depressed and are not getting the support that they need, you understand how close to the bone this is, how really important this election is that this country is not investing in and supporting its citizens, that people are being hurt intentionally,” Steyer said. “It's not right. And that's what comes out of this to me.”

He then appeared to choke up as he said, “I view that lady as being on my team. I don't want someone doing that to people on my team.”

Steyer, the liberal billionaire environmentalist who has long pushed for President Trump’s impeachment, has struggled to gain traction in the Democratic race. A Fox News poll of the Democratic field released Sunday shows Steyer with 1 percent support nationally.