Tom Homan: Democrat debate showed 2020 hopefuls don't have a clue about how to handle border crisis

Former Acting Immigration and Customs Enforcement (ICE) Director Tom Homan hit back Thursday at some of the presidential candidates over their far-left immigration ideas at the first 2020 Democratic debate.

The radical proposals on immigration dominated a good portion of the two-hour forum, as former Obama cabinet member Julian Castro called for the decriminalization of crossing the border illegally and Sen. Cory Booker slammed ICE agents.

Responding on "Fox & Friends" to some of the rhetoric, Homan said none of the candidates on the stage Wednesday night "have a clue" on how to stop the crisis unfolding at the southern border.

"I'm sick and tired of them talking about cages. We had 100 total family detention beds when President Obama came into office. I built 3,000 more beds under President Obama," he explained. 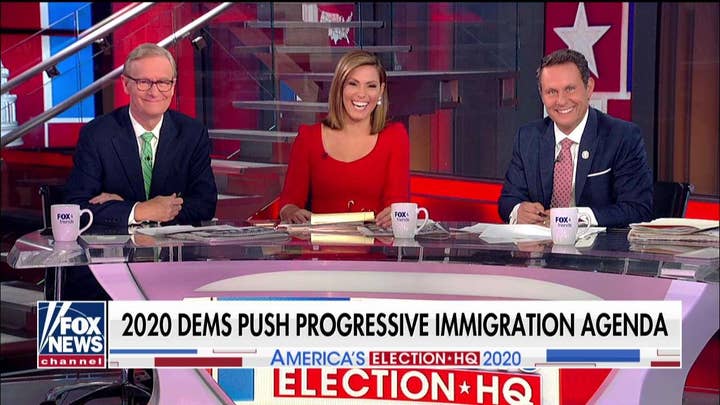 Castro went hard after Beto O'Rourke, calling out the former Texas congressman for not working toward such decriminalization while he was in Congress.

Homan said if there are no consequences or deterrents to crossing the border illegally, then the migrant population will only increase. Booker said during the debate that ICE agents are "ripping away parents from their American children" and creating fear around the country.

Homan called the comments "insulting," pointing out that Booker's state, New Jersey, is a "sanctuary state" that doesn't cooperate with ICE in some instances.

"If you enter this country illegally and violate the law, you shouldn't feel comfortable, you're supposed to be concerned," he said, adding that the illegal immigrant community has been fearful of immigration authorities for decades.