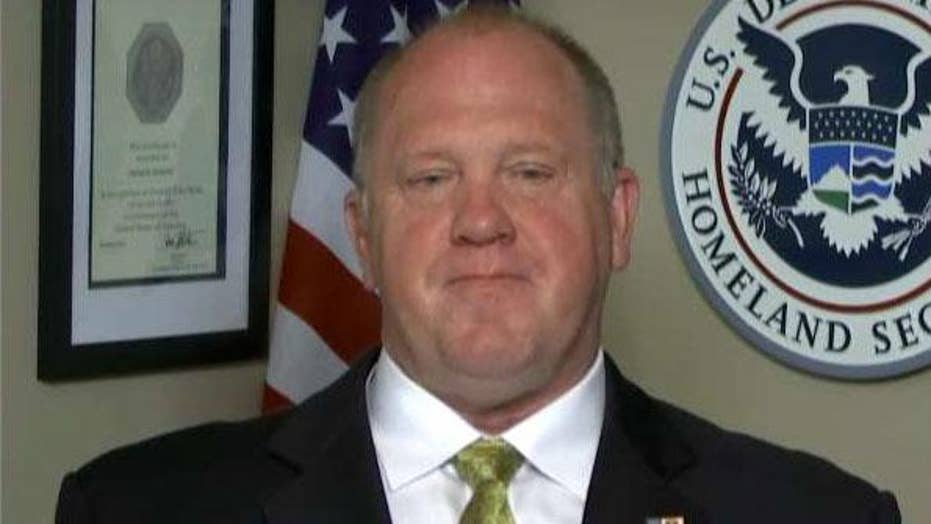 Former Immigration and Customs Enforcement (ICE) Acting Director Tom Homan indicated on Saturday that President Trump's Friday announcement was "kind of premature" and that while he was open to working with President Trump's administration, he initially declined to take the "border czar" role because it wasn't "structured" properly.

"I think yesterday's announcement -- I think the White House has made it clear that it was kind of premature,' he said while appearing on "Cavuto Live" on Saturday.

"I was first approached by [former Homeland Security] Secretary [Kirstjen] Nielsen about this job and I declined it because I didn't think the job was structured right," Homan said before adding he didn't want to "fail the president."

His comments came after the president told "Fox and Friends" that the former ICE chief would serve as his new adviser on the border. “Tom Homan’s coming back, I would say that would be announced next week except I’d rather announce it now,” Trump said on Friday.

Homan told Cavuto that while he hadn't accepted an official position, he respected the president "greatly" and was open to working with him. Noting how people questioned why he would work for Trump or take "such a big pay cut" if he returned to the administration, Homan said he would serve as border czar because he loved his country.

"Again, I haven't accepted any position but why would I even have these discussions? Because I love my country and because I see what's going on in the southwest border and after 34 years of serving my nation, you just don't turn it off," he said.

Homan's potential appointment would come as the United States wrestles with a migrant crisis and attempted to pressure Mexico into cooperating with its efforts at the border. Trump eventually reached a deal after threatening to impose tariffs, although some critics downplayed its effectiveness.

But for Homan, Trump's deal was "great."

"This is a great deal and this is a game changer if it's implemented correctly," he said.