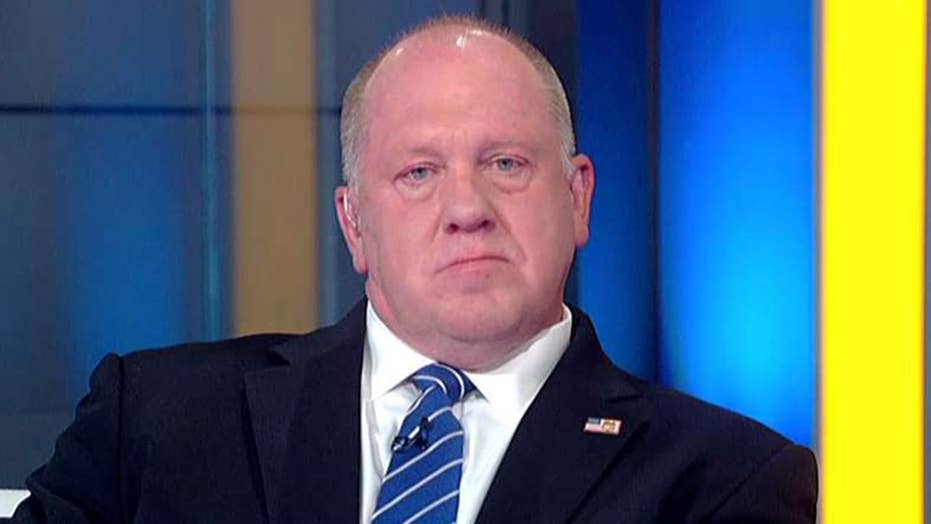 In the op-ed over the weekend, a London human rights professor called for the identities of U.S. Border Patrol agents to be made public so they can be "shamed" for the mistreatment of migrants, saying a "mass atrocity" may be taking place.

"The identities of the individual Customs and Border Protection agents who are physically separating children from their families and staffing the detention centers are not undiscoverable," Kate Cronin-Furman wrote.

"Immigration lawyers have agent names; journalists reporting at the border have names, photos and even videos. These agents’ actions should be publicized, particularly in their home communities."

Cronin-Furman claimed she was not making "an argument for doxxing," but Homan was skeptical.

"It's disgusting. It happened to me when I was director. They doxxed me, my home address and I had 80 protesters at my house on a Sunday morning," he said, arguing the op-ed author is pushing a "false narrative" about the men and women who are serving.

Homan pushed back on the author's idea that Border Patrol agents are intentionally mistreating children and want to separate children from their parents.

"I've been there. ... These Border Patrol are taking sickness home to their own families because they're taking care of sick children. They're changing diapers, making formula. These agents did not sign up for this. They're fathers, mothers, sons and daughters themselves; they're doing a tremendous job and they need to be respected for it," he said.