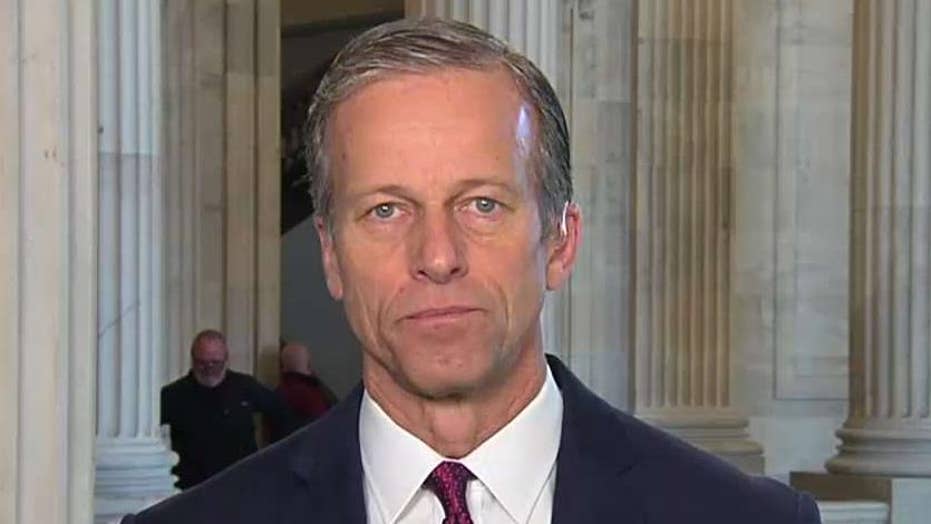 Sen. John Thune, R-S.D., backed President Trump's promise that a healthcare vote will be held after the 2020 election if Republicans can win back the House to "drive costs down" on healthcare.

"The president's doing what the president does and that is he wants to solve big problems," Thune told "America's Newsroom" Wednesday.

"He wants to take on healthcare and so do we. The challenge he has right now is he's running into the political obstacle of a Democrat-controlled House whose idea for healthcare reform is a $36 trillion one-size fits all government-run plan that would take health insurance coverage away from 180 million Americans."

KURTZ: WHY TRUMP ABANDONED HIS PLAN TO REPLACE OBAMACARE

Trump's tweet that "the Republican Party will be known as the Party of Great Healthcare," announcing a vote will be taken after 2020 election signaled that the president was punting the issue after it seemed it was viable politically.

As Democrats push for Medicare for all, Trump signaled Republicans will campaign on an alternative to Obamacare that will be "far less expensive and much more usable," adding that the GOP will always support pre-existing conditions.

It's an issue that ultimately affects all Americans, Thune said, driving up health care costs.

"But to get that solution that the president's looking for, which will offer Americans more choices, more competition, drive costs down," Thune added, "I think it's going to take a different composition in the House of Representatives and a bunch of people who want a $36 trillion government-run program."