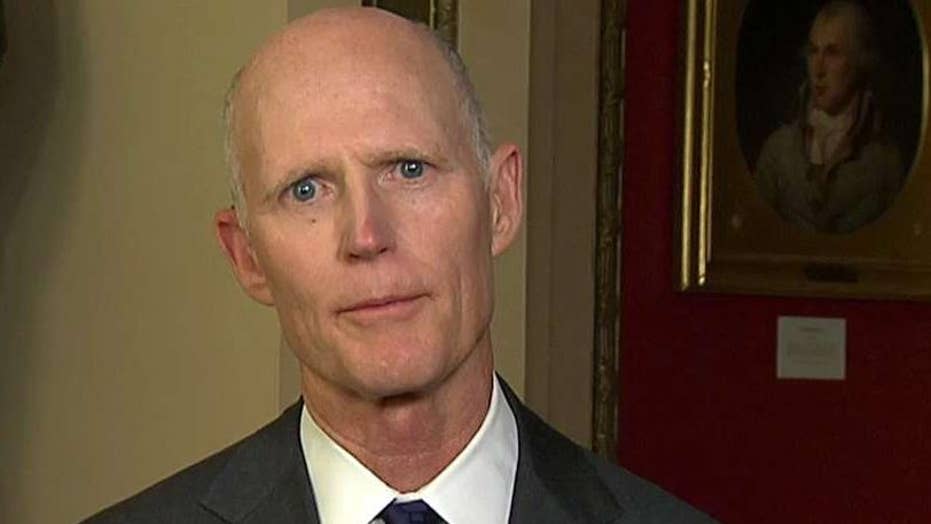 “They want Medicare for all,” Scott told Fox News’ “The Daily Briefing” with Dana Perino, referring to the Democrats. “They want to ruin, first off, Medicare, and second, kill everybody’s private insurance.”

Trump tweeted Monday that Republicans were working on a “really great replacement” for the Affordable Care Act, but added that it would not happen until after next year’s presidential election.

Scott said even if Trump wanted to replace the Affordable Care Act now, it would still have to get past House Speaker Nancy Pelosi.

The Justice Department told an appeals court last week that it supported a judge's ruling abolishing the Affordable Care Act. Pelosi on Tueday said that those were "fighting words."

Scott said that what everyone should talk about is reducing health costs. He just introduced legislation to do that.

“I did a bill last Friday that says you are not going to be able to charge, if you are a drug company, you can’t charge Americans more than you charge Europeans,” he said. His measure is called the “Transparent Drug Pricing Act.”

Separately, Scott accused Democrats of playing politics after voting Monday to block a $13.5 billion disaster relief bill in the Senate for victims of hurricanes, floods and western wildfires.

“Why don’t we do what we know we can do that the president will sign and then if we need to do more, keep doing more?” he said.