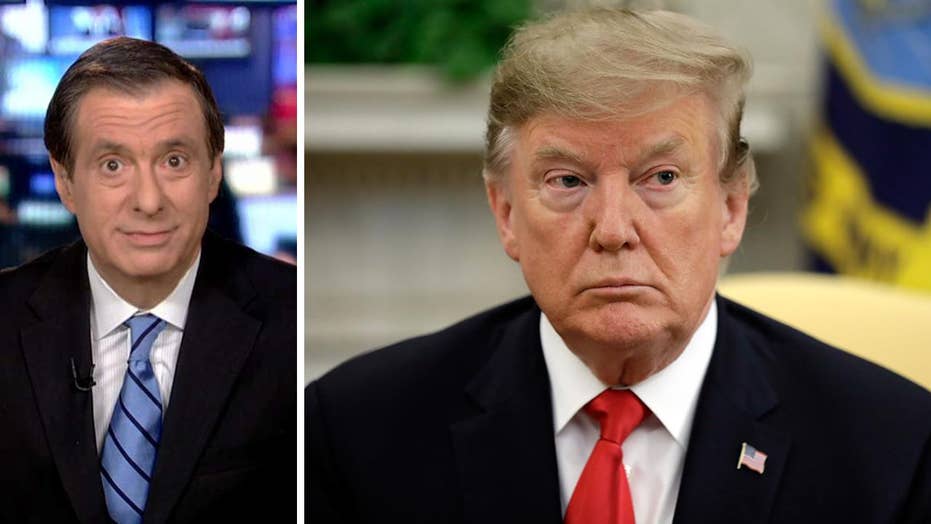 Howard Kurtz: The press was right - the GOP is paralyzed on Health Care

I'm not talking about the border crisis or the Mueller probe. This is about health care.

When the president proclaimed, seemingly out of nowhere, that the Republicans would be the party of health care, the media said he had taken on an impossible task. And as members of his party scrambled to distance themselves from the idea, it turned out the press was right.

In a series of tweets Monday night, Trump tried to extricate himself from his vow.

The president framed it as a mere delay. He said that "everybody agrees that ObamaCare doesn’t work" — well, not everyone — and that the Republicans are "developing a really great HealthCare Plan with far lower premiums (cost) & deductibles than ObamaCare."

BUT ... the vote "will be taken right after the Election when Republicans hold the Senate & win back the House."

The obvious implication is that Trump himself will have been safely reelected. And just as obvious is that the GOP may not regain full control of the government, making the promise moot.

Trump is a branding expert who loves to win the news cycle. Declaring that there would be a new super-duper Republican plan would accomplish that, but for the inconvenient fact that he tried and failed three different times to push an ObamaCare replacement through a Congress controlled by his party. The Democratic House has no interest in weakening ObamaCare, which now enjoys majority support in the polls for the first time.

The Times reports that "some of the president's senior advisers" pushed for the administration to join a Texas lawsuit challenging the constitutionality of the Obama law (although others, including Attorney General Bill Barr, were opposed).

Dr. Siegel: ObamaCare isn't going away. Here's how we can fix it

If the suit were to succeed, it would leave millions with no coverage and kill the law's most popular provision, a ban on insurance companies rejecting applicants based on preexisting conditions.

The Post says the president, in backing off, was "apparently heeding warnings from fellow Republicans about the perils of such a fight during campaign season." Mitch McConnell made clear that he would not play a significant role, and Chuck Grassley, the Finance Committee chairman, said there was no plan to replace ObamaCare.

Politico said Trump touting a new health care law "was seen as a potential disaster-in-the making by GOP leaders, who knew their incumbents and candidates were hurt by it badly last November ... In public and private, Republican leaders made clear that they didn't want anything to do with the president's most recent maneuver. They begged Trump to back down, and made their displeasure known to other administration officials, as well."

The president has made a big deal in the past of promising legislative deals that he could not deliver. He convened those televised sessions on gun control that never went anywhere.

He proffered a deal on the wall in exchange for helping the dreamers that soon collapsed, leading to the current state of emergency. Democrats bear some responsibility here too.

The president also hasn't talked about the middle-class tax cut he talked up at the end of the midterms.

The reason Trump has been boxed in on health care is that he ran as a populist who wanted universal access to insurance but delivered more cheaply and efficiently. Yet that would mean preserving much of ObamaCare, which proved impossible to sell to the House Freedom Caucus while still holding on to enough moderates. That's why most Republicans didn't want Trump opening this Pandora's box.

Ross Douthat, the conservative Times columnist, says "there are effectively two Trump presidencies. One offers something like what the president promised on the campaign trail — a break with Paul Ryan's green-eyeshade approach to entitlement reform, a more moderate tack on health care, an indifference to Obama-era conservative orthodoxies on fiscal and monetary policy.

"The other offers a continuation of the Tea Party's insistence on spending cuts and Obamacare repeal, and appropriately its present leader is a former Tea Party congressman — Mick Mulvaney, the Zelig of the administration, whose zeal is apparently the main reason that the Obamacare lawsuit now has administration support.

"The first presidency is mostly real; the second presidency has been mostly imaginary ever since the failure of Obamacare repeal left Ryanism neutered."

If Douthat is right, Trump is governing in most ways like a populist conservative — leaving aside cultural issues — and the hard-edged rhetoric from some of the hard-liners around him is mostly that, rhetoric.

That's why Trump has kicked the health-care can down the road. An actual plan that could satisfy conservative Republicans would hurt too many people, including some who voted for him.