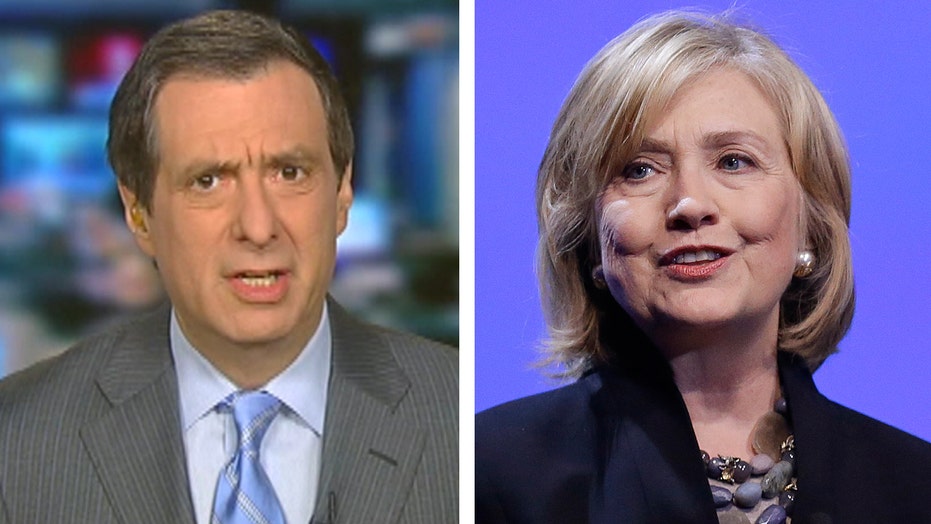 On the eve of an election that could flip the Senate to Republican control, this is who is getting more media attention than the midterm candidates:

--The nurse who treated Ebola patients in Africa, and is telling Maine authorities who want her quarantined to get lost.

--Chris Christie, for yelling at a protestor to “sit down and shut up”—prompting Chuck Todd to say that he won’t survive the Iowa caucuses with such Joisey tactics.

--Jeb Bush, who told an NBC reporter that his son hadn’t checked with him before saying his dad is leaning toward running. (Right.)

The last three, obviously, are about 2016, not 2014. And that underscores the degree to which the MSM are just plain unexcited by this year’s edition of Senate, House and gubernatorial races.

Hillary, looming large over both parties, continues to draw an avalanche of coverage. And as the Republicans contemplate how to beat her, who better to consult than the only folks who’ve beaten her at the presidential campaign level: Barack Obama’s team.

Politico reveals in a lengthy piece that Clinton herself turned to David Plouffe, Obama’s 2008 campaign manager, to assess her strengths and weaknesses. He told her that she needs to use more sophisticated data, and to “clearly define a rationale for her candidacy that goes beyond the mere facts of her celebrity and presumed electability, rooting her campaign in a larger Democratic mission of economic equality.” Also, “settle on one, and only one, core messaging strategy and stick with it, to avoid the tactical, news cycle-driven approach that Plouffe had exploited so skillfully against her in the 2008 primaries.

“In Plouffe’s view, articulated in the intervening years, Clinton had been too defensive, too reactive, too aware of her own weaknesses, too undisciplined in 2008.”

This may be the most interesting part: The former White House aide told Hillary to start ramping up her campaign team and “dispense with the coy fiction that she’s not running in 2016. ‘Why not?’ he asked. ‘They are already going after you.’”

Here I have to part company with Plouffe. If he thinks Hillary is getting hammered now, imagine the escalation once she’s an out-of-the-closet candidate. Why start the clock so early when she can easily cruise to the nomination?

Besides, if Hillary is out there actively campaigning for two years, people are going to get awfully tired of her by Election Day. Better to concentrate on being a grandma for awhile.

How vulnerable is the former secretary of State? “Our interviews yielded almost as many lines of potential attack as conversations: There’s her age (she’ll turn 69 just before election day 2016), her health, her loyalty to a diminished Obama, Benghazi, Bill, the vast sums collected by the family’s charitable foundation, the Islamic State and the mess in the Middle East, Obamacare/Hillarycare, unanswered questions about old Arkansas and White House scandals, her perceived habit of stretching the truth, her enormous personal wealth—and how she got it.”

Other than that, it’s a cakewalk.

Of course, most of Hillary’s negatives are already well known. I doubt that dredging up Whitewater and Travelgate and Monicagate will get much traction. Her State Department record is more fertile ground than an old Arkansas land scandal. Bill is a wild card. Her age is a bigger wild card. Obama is a liability. And wealth could be an issue against the woman who described herself as having once been dead broke.

But these debates always circle back to who she’ll be up against. Jeb Bush can’t exactly make the case that she’s a retread relying on her family name. Rand Paul and Ted Cruz lack foreign policy experience. Chris Christie has problems at home, and I don’t suppose he can tell her to sit down and shut up.

We’ll have to see whether Hillary has learned the lessons of 2008, even without a refresher course from David Plouffe. But beginning the day after the midterms, you can expect a major surge in her media scrutiny—unless, of course, another nurse tied to Ebola is picking a fight with someone.