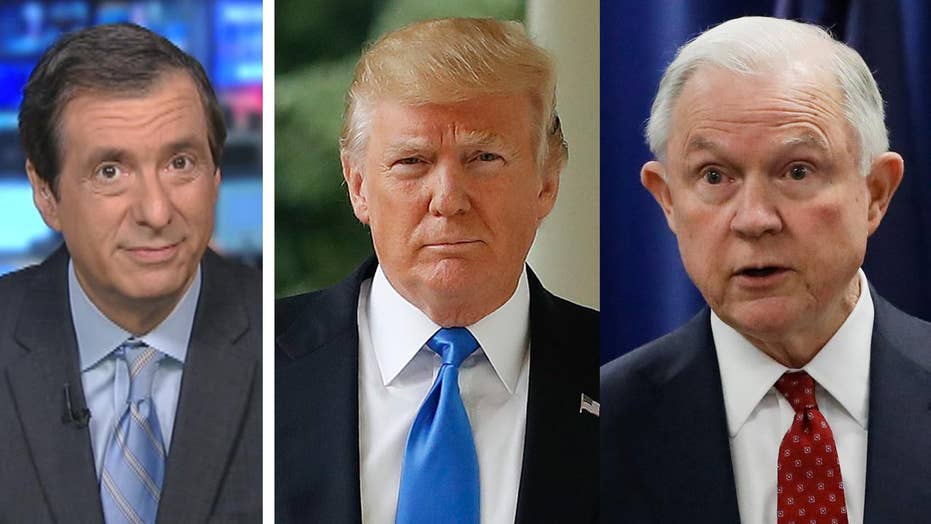 President Trump may or may not be trying to push Jeff Sessions out, but his top aides aren’t doing a convincing job of denying it.

The president, of course, could fire him with a phone call, or have an intermediary tell the attorney general he needs to resign. Cabinet shakeups happen all the time.

Instead, the continuing tweetstorm against Sessions amounts to a public flogging of the man who was the first senator to endorse Trump.

At first I thought the president was just venting, and he didn’t exactly hide the reason. Trump made clear to the New York Times that he was angry at Sessions for recusing himself from the Russia investigation, saying he wouldn’t have appointed him if he had known that in advance.

“The president has expressed frustration and consternation,” Kellyanne Conway told Fox, “because the recusal has allowed what he considers to be a witch hunt” to go forward. And Sessions made the move “without consulting him.”

Sarah Huckabee Sanders, the new press secretary, told Fox: “That frustration certainly hasn’t gone away. You know, I don’t think it will.” She called the Russia probe “a complete hoax.”

Anthony Scaramucci was told by radio host Hugh Hewitt: “It’s clear the president wants him gone.” And the new communications director, while voicing his respect for Sessions, conceded: “If there’s this level of tension in the relationship that’s public, you’re probably right.”

Sessions said last week after the swipe in the Times that he had no plans to resign, but how long can he endure this public pummeling?

Trump’s latest tweets fault the attorney general for not going after Hillary Clinton:

All this is nothing short of remarkable.

Trump said during the campaign that he would have prosecutors look at Hillary if he won, but dropped such talk after the election, saying he didn't want to "hurt the Clintons" and she had been through enough. It simply doesn’t look good for a president to be urging his top law-enforcement officer to investigate his defeated rival.

The pundits are engaging in all kind of speculation that Trump wants Sessions to bow out so he can appoint someone who would either curb Robert Mueller’s investigation or fire him outright. If that’s the case—and it’s just media chatter at this point—perhaps the appearance would be better if Sessions stepped down.

But this potential upheaval at the Justice Department has sparked new questions about who Trump could get confirmed, or whether he might make a recess appointment once the Senate adjourns. Two names that have been floated—Ted Cruz and Rudy Giuliani—have both declined, with Rudy saying he thinks Sessions did the right thing by recusing himself.

I suppose this could all blow over. But it’s noteworthy that Trump hasn’t spoken to Sessions since launching the attacks last week.