The latest anti-Trump exposé isn't about Russia collusion, his taxes or his tweets. It's about his favorite pastime.

A new book from longtime sportswriter Rick Reilly on the president's relationship with golf takes more than a few swings at the commander-in-chief -- detailing how Trump ran into local opposition while building one of his international courses, and including allegations from fellow players that he cheats.

Reilly, a former Sports Illustrated and ESPN columnist, detailed in his book “Commander in Cheat: How Golf Explains Trump” how Trump once found himself in an ugly spat with locals as he made moves to build the Trump International Golf Links in Aberdeen, Scotland, in 2006.

According to Reilly, Trump thought the properties surrounding the planned site of his course were “ugly,” and tried to convince two property owners to sell him their land -- before he showed "official interest" in the constructing the course.

Trump, according to the book, allegedly sent his project director around to inquire as to whether the neighbors would sell. They refused, but Trump went ahead in buying the rest of the land and began building his course.

After Trump was reportedly denied using what Scotland calls “compulsory purchase” – similar to eminent domain – he began going after the neighbors, according to the new book. Two of the neighbors, identified as Michael Forbes and David Milne, were willing to take a swing back at the president. 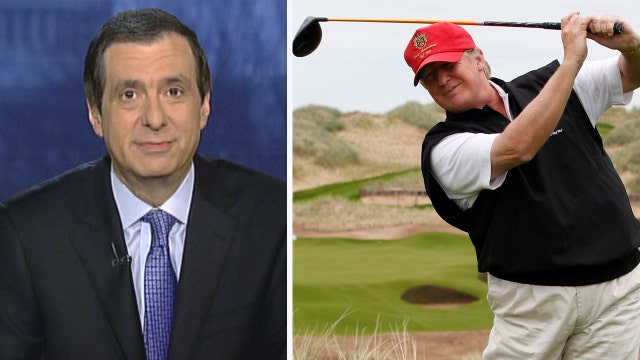 When the president made a visit to the course in 2016, the two men poked fun at Trump by putting up Mexican flags on their properties.

The new book also delved into allegations the president isn't always honest out on the course.

Faxon recalled that he was laughing about the situation at the time, “because Trump was actually putting for a seven, but he was claiming it was for a four, which would’ve worked out to a three with his free stroke on the hole.” 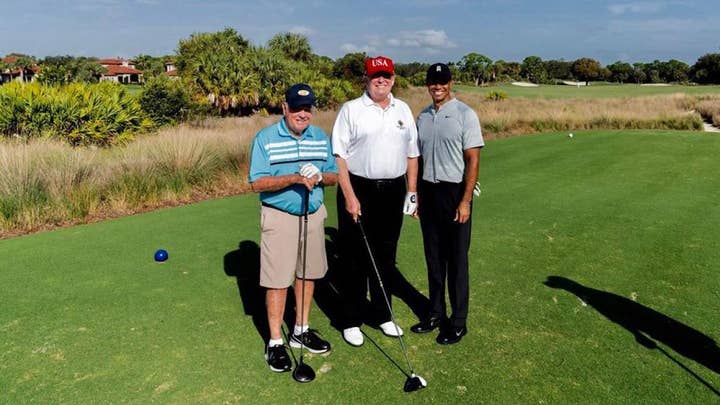 A second allegation was made stemming from a round the president played with Jon Gruden, Ron Jaworski and Mike Tirico.

Tirico recalled hitting a shot that landed near the pin on a par 5. However, when the long-time sports broadcaster got to the green, he was shocked to find his ball in the bunker. Tirico told Reilly that Trump’s caddy explained what happened.

“Trump’s caddy came up to me and said, ‘You know that shot you hit on the par 5? It was about 10 feet from the hole. Trump threw it into the bunker. I watched him do it,” Tirico told Reilly in the book.

The White House didn’t respond to a request for comment from Fox News.