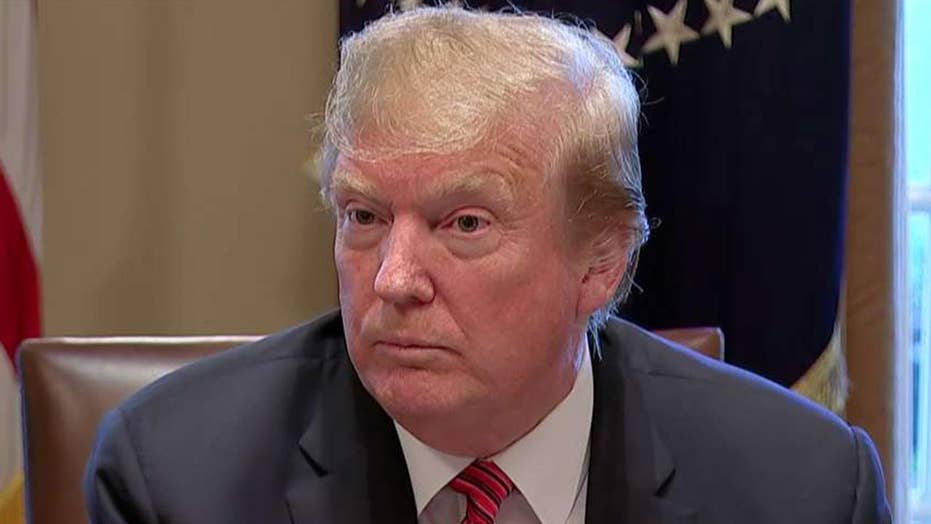 Trump: I could not be happier with Secret Service

President Trump on Wednesday commended Mar-a-Lago staff and the U.S. Secret Service after a woman accused of illegally entering the Palm Beach club property was taken into custody. The president also said he's not concerned about China trying to spy on him at his Florida resort.

Yujing Zhang, 32, was arrested at Mar-a-Lago on Saturday after she was found wandering the resort with two Chinese passports and malware, according to a criminal complaint filed in the U.S. District for the Southern District of Florida on Monday.

"I think it was just a fluke situation. I think that the person sitting at the front desk did a very good job, to be honest with you," the president told reporters, seemingly referencing a club receptionist who reportedly asked Zhang why she was on the property.

Trump said the receptionist "did a very, very good job" and "was able to see things that other people were not." Zhang was cleared by the Secret Service "due to a potential language barrier issue," after a club manager thought she was related to a member of Mar-a-Lago with the same name.

Secret Service Agent Samuel Ivanovich wrote in court documents that Zhang could speak and read English well, and said she claimed to have traveled from Shanghai to Florida after someone named "Charles," whom she met on a Chinese social media app, told her to "attend this event and attempt to speak with a member of the President's family about Chinese and American foreign economic relations."

She was removed from the property and found to have been carrying four cellphones, a laptop computer, an external hard drive and a thumb drive containing computer malware. She did not have a swimsuit.

When asked on Wednesday if he was concerned that the incident was China attempting to conduct espionage against the U.S., Trump said he's "not concerned at all."

He said "probably we'll see what happened — where she's from, who she is — but the result is they were able to get her, and she's now suffering the consequences of whatever she had in mind."

Zhang has been charged with making false statements to federal agents and illegally entering a restricted area. She remains in custody pending a hearing next week.

There has been no indication Zhang was ever near the president, who was golfing at Trump International Golf Club in West Palm Beach on Saturday.

And there has also been no indication that she is connected to Li Yang, a Chinese native, Republican donor and former Florida massage parlor owner who goes by "Cindy." Yang recently made news after she allegedly promised Chinese business leaders, via her consulting firm, access to Mar-a-Lago where they could mingle with the president.

Trump on Wednesday denied knowing Yang, telling reporters: "I don't know her. I don't know who she is. Who is that?" He attributed a photo with her, taken at Mar-a-Lago, to selfies he takes with fans.