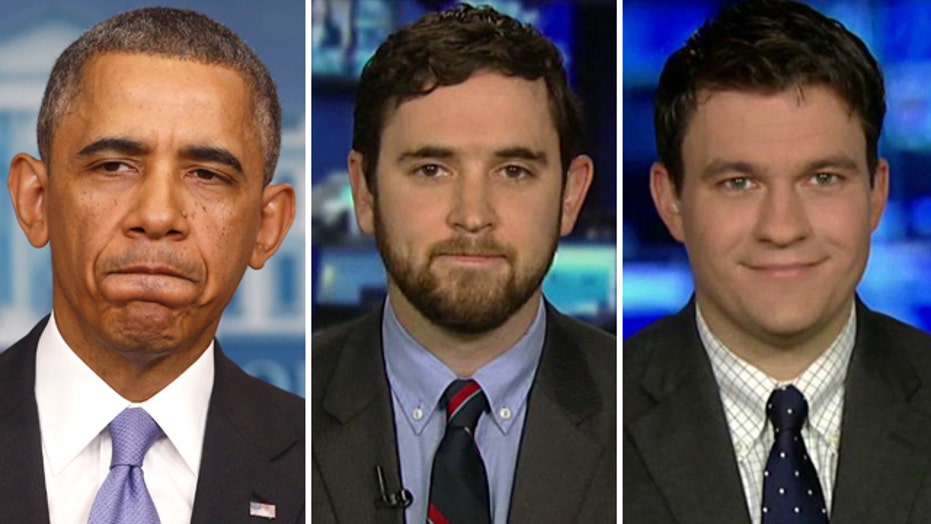 Public opposition to the health care overhaul and disappointment in President Obama's job performance are hitting all-time highs, with new polls showing the botched rollout of the law has seriously damaged confidence in the administration.

That figure matches the disapproval rating he received in a recent Fox News poll.

The latest surveys show how much the launch of the health law has damaged the president's image and the public's faith in his administration.

The Post-ABC poll showed opposition to ObamaCare has hit an all-time high, with 57 percent opposing the law. The public was roughly evenly divided a month ago.

And 63 percent disapprove of the president's handling of the law's rollout. In the recent Fox News poll, that figure was 61 percent.

The plummeting figures are traced in part to self-identified independents losing patience with the president.

The president is at least trying to keep his own supporters on board. In a conference call with Obama loyalists Monday night -- hosted by campaign arm Organizing for Action -- Obama urged supporters to keep fighting with him.  He defended the overall aim of the health law, despite the problems with rolling it out.

"Effectively, in a month, you've already got half a million Americans who will likely have the security of health care for the first time, in some cases in their lives, as soon as January 1. And that is life-changing," Obama said.

In another problematic study for the administration, Gallup on Tuesday reported that 56 percent of Americans say it is not the federal government's job to ensure health care coverage.

The poll showed an abrupt reversal on that question from just a few years ago -- in 2006, 69 percent said it was the government's responsibility to ensure health coverage.