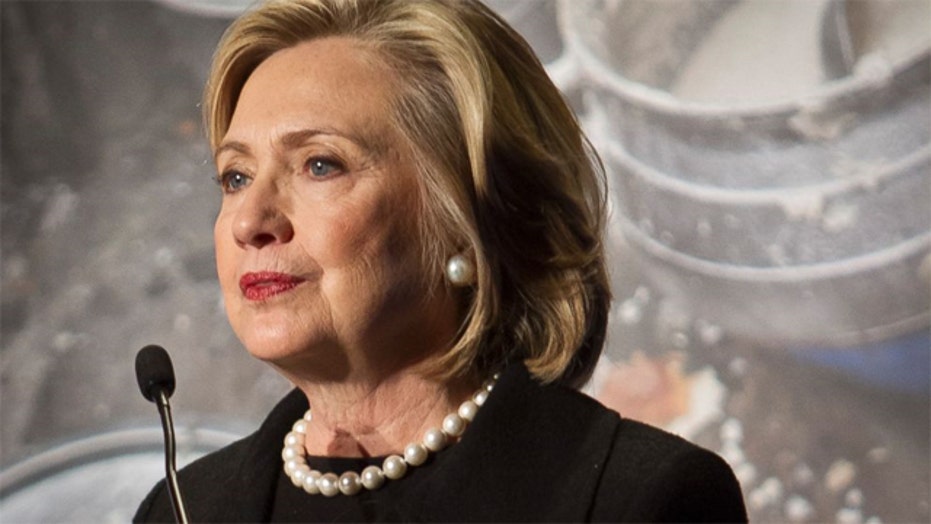 A State Department spokesman said Wednesday that details from 25 emails were deemed classified and withheld from the 3,000-page trove of Hillary Clinton documents released overnight -- despite the former secretary of state claiming she never sent classified material on her personal email.

State Department spokesman John Kirby acknowledged at a briefing that details from the 25 emails are now considered "classified." The messages were released, with those portions redacted.

However, Clinton declared in March that she "did not email any classified material to anyone" on her account.

The State Department's decision to withhold the records, though, doesn't necessarily mean Clinton knowingly sent classified material -- as it was classified after the fact.

Kirby said Wednesday that the messages might not even have been considered classified at the outset.

"It's not uncommon that something that you're sending now on an unclassified network could in later years or later months be deemed to be classified either because the passage of time made it so or because events on the ground have borne out," he said.

"So it's really important to understand that just because they're classified now doesn't mean that anybody did anything wrong back in 2009."

The emails that were released covered Clinton's first year at the State Department, in 2009.

The department continues to release thousands of emails on a rolling basis from her time at the department.