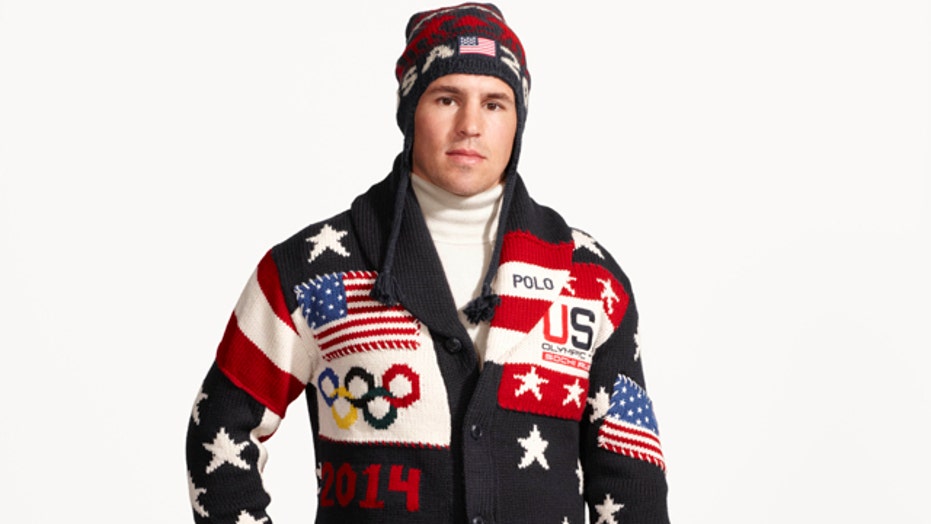 The State Department is telling American athletes competing in the upcoming Sochi Winter Olympics to avoid wearing team gear outside the games' venues amid growing concerns over terrorist threats in the Russian resort town, The Wall Street Journal reported.

The memo, which details steps athletes can take to ensure their safety during the games, cautions them to avoid wearing team colors too prominently outside of the 1,500-mile so-called “Ring of Steel” security perimeter established by Russian security forces.

"The U.S. Department of State has advised that wearing conspicuous Team USA clothing in non-accredited areas may put your personal safety at greater risk," said the memo, which was reviewed by The Wall Street Journal.

Designer Ralph Lauren on Thursday unveiled the official uniforms that American athletes will wear to the Opening ceremony. The uniforms feature a knit patchwork cardigan emblazoned with big stars, an American flag, and the Olympic rings.

"A dynamic mix of patriotic references in a classic color palette of red, white and navy defines the Ralph Lauren 2014 Team USA Opening ceremony uniform, which is proudly Made in America," the company said in a statement Thursday.

Greg Bretz, a member of the men's halfpipe team, told the Wall Street Journal that U.S. Olympic officials "have told us not to wear our USA gear outside of the venues," but added, "I have so much faith in the United States and our safety that I'm not too worried about it."

Concerns about safety in Sochi have prompted some Olympians to tell their loved ones to stay home, however. One of them is Canadian goaltender Mike Smith, who said he doesn’t want to expose his wife and kids to any unnecessary risk.

“They’re not gonna go. It’s not worth it,” Smith told FOX Sports Arizona’s Todd Walsh. “For myself, it’s about thinking if [my wife is] OK when I’m not with her. It’s unfortunate, but it’s just the way it is.”

Russia has made no formal requests for the technology, and the U.S. has not offered it, Kirby said. But the chairman of the Joint Chiefs of Staff, Gen. Martin Dempsey, had an informal discussion this week with his Russian counterpart about the possibilities for its use during the Sochi Games.

The U.S. has used sophisticated technologies in Iraq and Afghanistan to detect and defeat roadside bombs.

Kirby also noted that two American warships will be in the Black Sea during the Games as part of normal military planning, in case they are needed. He said the ships would be capable of many missions, including evacuations, medical support and communications, but that it is far too early to suggest any specific missions.

The warships would likely travel from the Mediterranean Sea, but they have not moved into the Black Sea yet.

Some U.S. lawmakers worry that Russia isn't doing enough to assure that athletes will be protected at the Games. And the U.S. State Department has advised Americans at the Olympics to keep vigilant about security because of potential terrorist threats, crime and uncertain medical care.

Back-to-back suicide bombings killed 34 people last month in Volgograd, about 400 miles from Sochi. An Islamic militant group in Russia's North Caucasus claimed responsibility for the bombings and posted a video threatening to strike the Sochi Games.

Earlier this week some Olympic committees from other nations reported receiving threatening emails, but many shrugged it off as a hoax.

Asked if Americans would be safe if they traveled to the Winter Games, Kirby said, "I believe the Russian government is taking this very, very seriously, and I believe they are applying as much energy as possible to providing security for the Games."