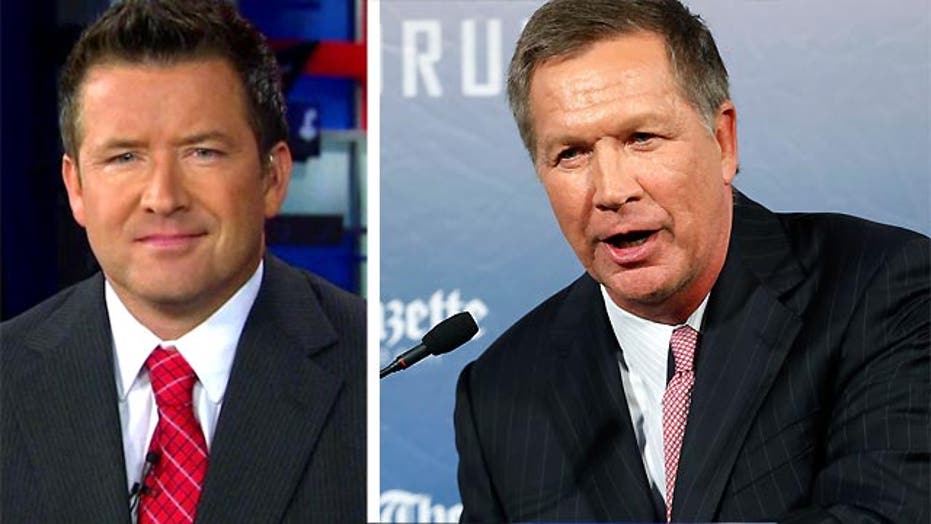 Gabe Spiegel, news anchor of Fox 8 in Cleveland said Wednesday on "Special Report with Bret Baier" that  "Ohio loves him" in crediting the economic turnaround under Gov. John Kasich, who made the cut-off for tenth spot in the presidential debate Thursday evening.

"Over the past four and a half, five years he's helped create 350,000 new jobs," Spiegel said, adding he expects Kasich to distinguish himself from a crowded field of GOP candidates.

Spiegel praised Kasich's record when he served in the U.S. House of Representatives as well as his management acumen, "I mean he was part of congress for nearly 18 years, he was federal chairman of the federal budget committee, when America had a balanced budget."