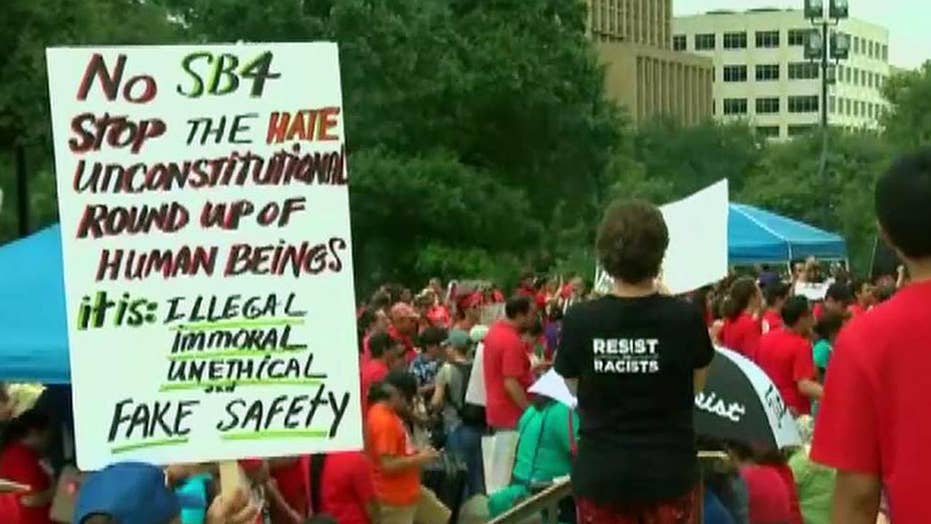 New rules for sanctuary cities to get federal funding

William La Jeunesse with the details

Attorney General Jeff Sessions announced Tuesday that sanctuary cities must give federal immigration authorities access to jails and alert them when someone facing deportation will be released from custody in order to receive certain law enforcement grants.

Sessions rolled out the new rules as part of his promised crackdown on sanctuary cities, so called because they do not cooperate with federal immigration agents. 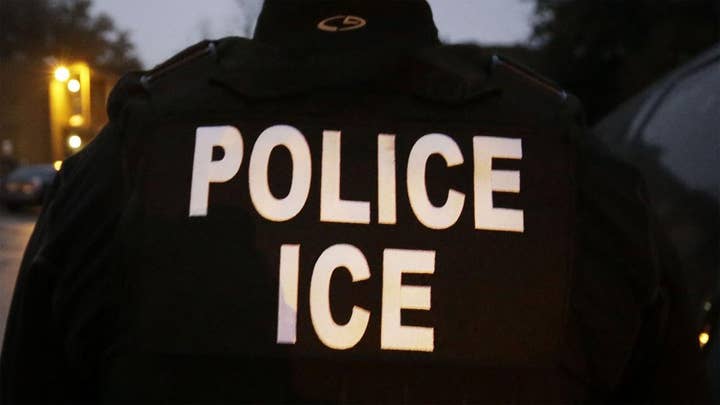 Under old rules, cities seeking grant money needed only to show that they weren't prohibiting local law enforcement from communicating with immigration authorities.

Police use the money for everything from bulletproof vests to body cameras.

Sessions unveiled the policy amid speculation about whether he will retain his job following President Donald Trump's blistering public criticism for his recusal from the Russia probe.

Sessions and Trump had bonded during the campaign, largely over shared hardline views on illegal immigration. Trump long promised cuts in federal grants for cities that refuse to cooperate with federal efforts to detain and deport those living in the country illegally. A judge blocked an executive order aimed at doing that, but the Justice Department said it still could condition some of its grants to force cities to comply.

"So-called sanctuary policies make all of us less safe because they intentionally undermine our laws and protect illegal aliens who have committed crimes," Sessions said in a statement. "These policies also encourage illegal immigration and even human trafficking by perpetuating the lie that in certain cities, illegal aliens can live outside the law. ... We must encourage these `sanctuary' jurisdictions to change their policies and partner with federal law enforcement to remove criminals."

Sessions for months had been warning jurisdictions they could lose money, just for having rules that limit communication among local police and immigration officials. The new conditions say officials must let Department of Homeland Security employees have access to local jails in order to meet with immigrants and must give them 48 hours' notice before releasing an immigrant wanted by immigration authorities from their custody.

"This is what the American people should be able to expect from their cities and states," Sessions said. "And these long overdue requirements will help us take down MS-13 and other violent transnational gangs, and make our country safer."

The new requirements will apply to cities seeking grants starting in September.