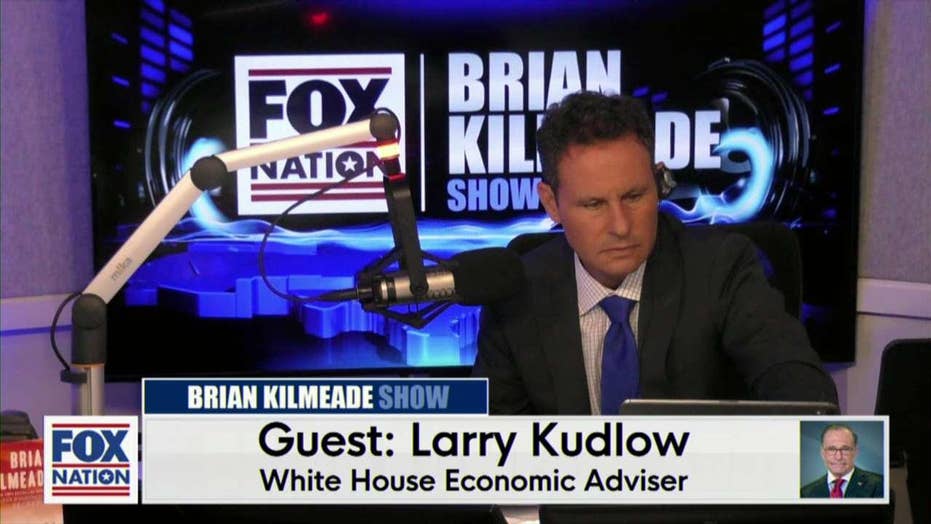 White House Economic Adviser Larry Kudlow On The Bipartisan Spending Bill Increasing The Debt Ceiling: We Cant Have A Default Because It Wold Throw A Monkey Wrench Into The Financial World &amp; The Economy

White House Economic Adviser Larry Kudlow spoke with Brian Kilmeade about the need to pass the bi-partisan spending bill to avoid throwing a monkey wrench into the economy, holding China accountable &amp; the House putting the USMCA up for a vote

The Senate passed a budget and debt limit deal on Thursday that the Trump administration and leaders from both parties agreed to, but left hardline fiscal conservatives worried for the future.

The legislation increases spending caps and suspends the debt ceiling, allowing for more government borrowing until July 31, 2021 – after the next presidential election. The measure, once signed by the president, would permit the government to resume borrowing to pay all its bills and would set an overall $1.37 trillion limit on agency budgets approved by Congress annually. It also would remove the prospect of a government shutdown in October and automatic spending cuts. President Trump touted the deal Thursday morning before the vote.

"Budget Deal is phenomenal for our Great Military, our Vets, and Jobs, Jobs, Jobs! Two year deal gets us past the Election," Trump tweeted. "Go for it Republicans, there is always plenty of time to CUT!"

Many conservatives were torn between supporting the president and risking their political brand with an unpopular vote to add such a tremendous sum to the government’s credit card.

But for new arrivals to the Senate, particularly those who ran against a broken Washington culture, the sweeping measure represents a lot of what they ran against: unrestrained borrowing and trillion-dollar deficits, fueled by a bipartisan thirst for new spending.

“This budget process, if we can even call it a process, put taxpayers at the mercy of a House Speaker who has no interest in prudent budgeting,” said freshman Sen. Josh Hawley, R-Mo. “Our system is not supposed to work this way. When the entire federal budget depends on four or five people striking a deal among themselves, something is not right.”

Freshman Senators were not the only ones against it. Sen. Rand Paul, R-Ky., blasted the deal in remarks on the Senate floor, excoriating his colleagues for supporting a deal which he claimed “marks the death of the Tea Party movement in America.” Paul said “both parties have deserted” the U.S. and “show no care and no understanding and no sympathy for the burden of debt they are leaving the taxpayers, the young, the next generation and the future of our country."

Thursday, before the vote, Paul introduced an amendment to the bill which would have only raised the debt ceiling by $500 billion and imposed new spending caps. It failed after a vote of 70-23.

The agreement is a victory for pragmatists eager to avert chaos caused by a potential government shutdown, a possible debt crisis, or a freeze to agency budgets — including the massive Pentagon budget — at current levels.

Fox News’ Chad Pergram, Gregg Re and The Associated Press contributed to this report.