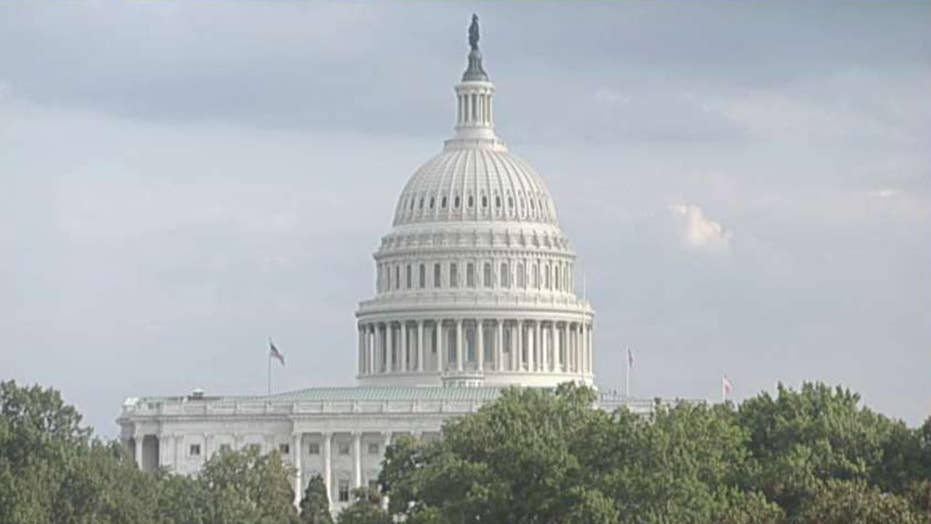 In an increasingly dangerous world – and after years of sustained armed conflict, underfunding, and budgetary uncertainty – our military has fallen behind our competitors in readiness and key capabilities.

There is one way Congress can help our military meet these challenges. It’s the solution that every military leader and civilian leader has asked for over and over again: the stability and predictability of a budget. Strong national security requires steady investment to meet threats now and in the future – which is simply not possible without stable funding.

That’s why I was glad to see the administration reach a budget deal with Congress that prioritizes defense. I commend President Trump for doing what is best for our military, our veterans and American families – and now, I call on my colleagues to support this deal as well.

Reaching a deal was never going to be easy, but it was necessary. As our newly appointed Secretary of Defense Mark Esper told the Senate Armed Services Committee last week, “I fully support the need for a two-year budget deal…Again I cannot overstate how important it was for the Department of Defense last year to receive a budget on time.”

This budget is necessary to continue rebuilding our military that was depleted under the Obama administration. After nearly a decade of chronic underfunding, our military can no longer be counted on to have the best of everything. China and Russia have passed us up in long-range precision fire, hypersonic weapons and other key investments.

There is an old document that no one reads anymore. It’s called the Constitution, and it says our top priority has to be defending America. This budget agreement lets us do that and champion our constitutional, conservative values: our duty to our country and our unfailing support of our troops.

I would have liked to see more funding for defense. The National Defense Strategy Commission report – the foundation for all the work we’ve done the past two years – calls for three to five percent of real growth each year.

There is an old document that no one reads anymore. It’s called the Constitution, and it says our top priority has to be defending America. This budget agreement lets us do that and champion our constitutional, conservative values: our duty to our country and our unfailing support of our troops.

It’s what President Trump requested in his budget and it’s what the Senate-passed defense policy bill provided. But at the end of the day, this funding provides minimal growth to give our military what it needs and will allow the Department of Defense to plan strategically for the future.

Importantly, this topline is well above the bare-bones amount House Democrats wanted to provide. Under President Trump’s leadership over the past two years, our military has made strong investments to rebuild, modernize and strengthen our force. Now, we can build on those gains and restore our military superiority.

We stopped some of Democrats’ worst instincts by breaking parity. I applaud President Trump for rejecting poison-pill policy riders that Democrats wanted and making sure we won’t be held hostage by Democrat’s liberal budget demands during an election year. President Trump also won by securing substantial offsets to cover the increase in domestic priority spending.

Most importantly, we’ve removed the threat of sequestration forever. Never again will these arbitrary cuts, which former Secretary of Defense Mattis described as worse than any enemy in the field, be wielded by Democrats to extract wins for their liberal agenda.

We’ve also lessened the risk of defaulting to a stopgap funding measure, also known as a continuing resolution, which would shortchange our troops and waste taxpayer dollars.

For the first time in four decades, last year, thanks to President Trump’s hard work, we funded the Department of Defense on time, without a continuing resolution. But for 10 years before that, the Department of Defense had to operate under the burden and uncertainty of a continuing resolution for more than 1,000 days. The outcome was devastating; it wreaked havoc on our military.

With this deal, we can turn to critical next steps: passing on-time defense policy and funding bills. These bills will make sure our troops have the training, resources and equipment they need to succeed in their missions. We will be able to focus on top priorities – fixing military housing, modernizing our military and giving our troops a well-deserved pay raise.

That’s why a vote for this legislation means standing with our men and women in uniform – the best in the world. It means standing with our veterans – who served this country with bravery and honor, and who deserve the benefits they’ve been promised. It means fulfilling our promises to the American taxpayers and supporting our president. Most simply, it’s the right thing to do.