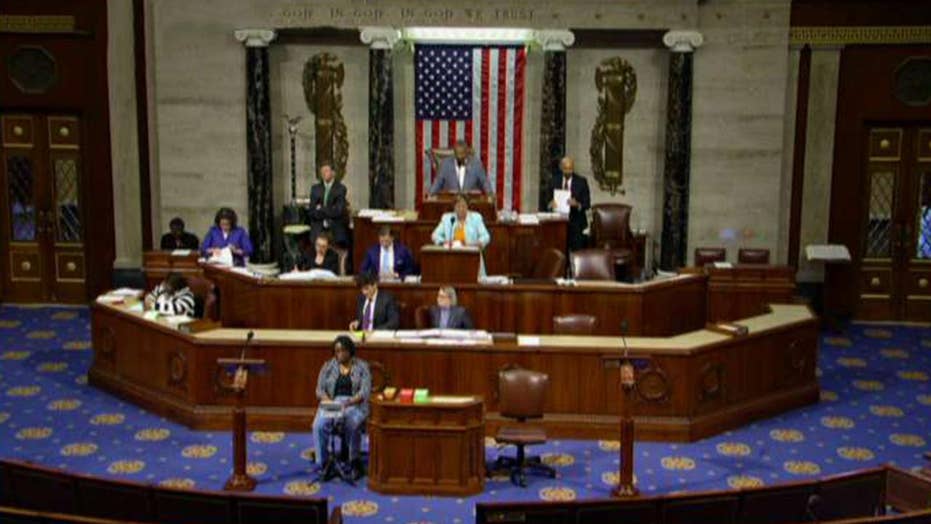 Texas Republican Rep. Chip Roy weighs in on why some Republicans are opposing the House budget bill.

Kentucky Republican Sen. Rand Paul said Wednesday that the hard-won, warts-and-all budget pact between House Speaker Nancy Pelosi and President Trump "marks the death of the Tea Party movement in America," and will uncontrollably balloon the national debt, which now stands at more than $22 trillion.

The deal, announced earlier this month, would increase spending caps by $320 billion relative to the limits prescribed in the 2011 Budget Control Act. That act's spending control provisions have been repeatedly waived since 2014.

The deal would also suspend the debt ceiling and permit more government borrowing until July 31, 2021 -- after the coming presidential election.

“Both parties have deserted – have absolutely and utterly deserted – America and show no care and no understanding and no sympathy for the burden of debt they are leaving the taxpayers, the young, the next generation and the future of our country," Paul said on the Senate floor. "The very underpinnings of our country are being eroded and threatened by this debt."

The modern conservative "tea party" label originated in early 2009 in the wake of President Obama's pricey bailout plan, after a CNBC reporter called for a movement to advocate for less government and increased fiscal responsibility.

"Today is the final nail in the coffin. The Tea Party is no more.

"The budget deal today allows unlimited borrowing for nearly two years," Paul continued. "Unlimited. No limits. The government will borrow what they wish, without limit, for two years. It abolishes all spending caps. ... Fiscal conservatives, those who remain, should be in mourning, for Congress, both parties, have deserted you."

The budget deal faces a key vote pn Thursday in the GOP-led Senate, with many conservatives torn between supporting the president and risking their political brand with an unpopular vote to add $2 trillion or more to the government's credit card.

The Trump-supported legislation backed by the Democratic speaker would stave off a government shutdown and protect budget gains for the Pentagon and popular domestic programs. It's attached to a must-do measure to lift the so-called debt limit to permit the government to borrow freely to pay its bills.

The vote is a politically tough one for many Republicans. The Tea Party-driven House GOP conference broke against it by a 2-1 margin, but most pragmatists see the measure as preferable to an alternative fall landscape of high-wire deadlines and potential chaos. The government will otherwise face a potential debt default, an Oct. 1 shutdown deadline and the return in January of across-the-board spending cuts -- sequestration.

After the deal was announced, North Carolina GOP Rep. Mark Walker tweeted out a picture of the Joker lighting a pile of money on fire, from the 2008 "Batman" film, "The Dark Knight." ("All you care about is money," the Joker laments to a hardened career criminal as the money burns. "This town deserves a better class of criminal. And I'm going to give it to them.")

But Senate Majority Leader Mitch McConnell, R-Ky., is confident the bill will pass despite the misgivings of many Republicans. 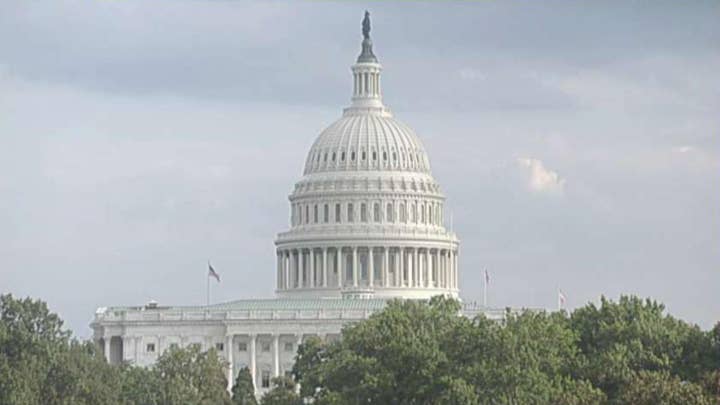 Still, for new Senate arrivals, particularly those who ran against a broken Washington culture, the sweeping measure represents a lot of what they ran against: unrestrained borrowing and trillion-dollar deficits, fueled by a bipartisan thirst for new spending.

"This budget process, if we can even call it a process, put taxpayers at the mercy of a House speaker who has no interest in prudent budgeting," said freshman Sen. Josh Hawley, R-Mo. "Our system is not supposed to work this way. When the entire federal budget depends on four or five people striking a deal among themselves, something is not right."

The budget and debt bill are priorities for McConnell, who set up the initial talks — taken over by Pelosi and Treasury Secretary Steven Mnuchin earlier this month — and pushed to isolate conservative forces in the White House who were disruptive. Top Senate Democrat Chuck Schumer of New York and House GOP leader Kevin McCarthy of California also support the deal.

For House Republicans, as the minority party, it was easy to take a pass on voting for the legislation. Pelosi also made a point of showing she had enough Democratic votes to push it through without their help. But it's a different dynamic in the Senate, where Republicans hold the majority and are expected to deliver a strong vote for a Trump-backed agreement.

The agreement is a victory for pragmatists eager to avert the sort of chaos caused by a shutdown, a debt crisis or a freeze to agency budgets — including the massive Pentagon budget. That would mean a continuing resolution, or CR, which could interfere with new weapons procurement and foster waste.

"The alternative's worse. It's either have a CR or another government shutdown and I think you have to believe this is the best you can do in divided government," said Sen. Rob Portman, R-Ohio. "You can't pull back. If you go to a CR for defense we'd be losing a lot of what we've gained on the defense buildup. So, you know, I don't love it but on balance it's better than the alternative."

Minority Whip Dick Durbin, D-Ill., said he expected a strong showing by Senate Dems in favor of the bill. And GOP leadership stalwarts like Sens. Roy Blunt, R-Mo., Roger Wicker, R-Miss., and John Cornyn, R-Texas, swiftly got behind the measure, calling it about the best result possible in a legislative matrix that demands Pelosi's blessing for bills to become law.

"So what price did we have to pay to get this? We had to give Nancy Pelosi a 4 percent increase this year in domestic spending and zero increase next year for an average annual increase that's less than the growth" in gross domestic product, Wicker said.

The compromise reportedly outraged Democrat Sen. Patrick J. Leahy, the ranking member of the Senate Appropriations Committee, who noted the bill would not block Trump from spending money on his proposed border wall.

"I'm worried the House is willing to give him far too much discretion to take money and move it anywhere he wants including a wall," Leahy, D-Vt., told The Washington Post. "So the way it is now I will not vote for it. . . . The other 99 can vote for it, I won’t."

However, in a statement, Leahy later said he would "support the bill" because it "will raise the debt limit for the next two years and stave off economic catastrophe" and reverse "unsustainable cuts in nondefense discretionary spending."

Leahy added, "I understand there is a statement of principles between congressional leaders and the White House, and I have many concerns with its content."

The agreement between the administration and Pelosi lifts the limit on the government's $22 trillion debt for two years and averts the risk of the Pentagon and domestic agencies from being hit with $125 billion in automatic spending cuts that are the last gasp of the 2011 Budget Control Act.