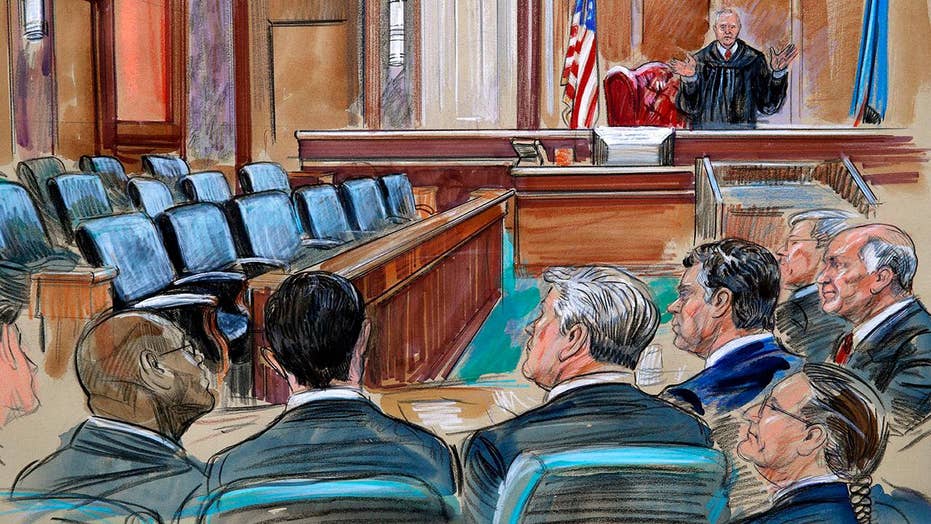 Day two of jury deliberations comes to a close in the Paul Manafort trial; legal panel reacts on 'The Ingraham Angle.'

So much for the August recess on Capitol Hill.

Or, perhaps, so much for the August session.

Either way, there’s no “vacation” in August in Washington.

Senate Majority Leader Mitch McConnell, R-Ky., initially planned to keep senators in August for most of the month, forgoing the customary and coveted five-to-six-week “August recess” on Capitol Hill. But McConnell’s summertime project hasn’t quite materialized – yet.

The Senate met on Aug. 1 before seizing a nearly two-week summertime respite, returning for session at noon on Wednesday, Aug. 15.

The Senate met for less than hour on Wednesday. Recessed. Took a procedural vote late that afternoon. Adjourned for the day. Came back into session for a couple of votes on Thursday.

The Senate was technically on the clock for about 29 hours. Most senators weren’t even in Washington for 17 hours.

The only thing august about this session involved the actual name of the month.

“Welcome to the abbreviated week where two Democrats and nine Republicans didn’t show up,” trumpeted Senate Minority Leader Chuck Schumer, D-N.Y., at a press conference. Schumer was referring to the attendance at the Senate’s final vote for the week on Thursday.

“That means you’re in the majority?” observed one reporter.

“That’s right. We are,” replied the New York Democrat.

Just remember the Senate’s math. Fifty-one Republicans. Forty-nine senators who caucus with the Democrats. Sen. John McCain, R-Ariz., has been out since last December, dealing with brain cancer. So, for all intents and purposes, the Senate is really 50-49 in favor of the Republicans. But including McCain’s absence -- under the unique “August math” -- Democrats theoretically control the Senate 47-42 this month.

Of course, that’s not reality. But as recently as 2001, the Senate did flip from Republican to Democratic control in the middle of a congressional session. The Senate was 50-50 that year. But Republicans and Democrats forged an agreement that the GOP would hold the majority since Vice President Dick Cheney could break any ties.

Then Sen. Jim Jeffords of Vermont -- who was a Republican – abandoned his party to become an independent. The now-late Jeffords would caucus with the Democrats. Control of the Senate truly changed, awarding the Democrats a 51-49 edge

Schumer’s plight during the abridged Senate week is akin to a conundrum facing President Lyndon Johnson when he served as Senate Democratic leader in the mid-1950s. Deaths flipped the Senate “majority” back and forth a staggering 12 times during the two-year period constituting the 83rd Congress. In 1954, LBJ and Democrats touted more members than Republicans. But senators allowed Sen. William Knowland, R-Calif., to remain as majority leader.

At least for August, Schumer can perhaps commiserate with the hand dealt Knowland.

“I have the responsibilities of being the majority leader in this body without having a majority,” said Knowland.

And McConnell could sympathize this past week with Lyndon Johnson.

Fox is told McConnell wasn’t pleased with the sparse attendance on his side of the aisle. Two Republican senators who penned a letter urging McConnell to nix the August recess were nowhere to be found: Mike Lee of Utah, and Thom Tillis of North Carolina.

During the short week, senators voted to confirm Marvin Quattlebaum and Julius Ness Richardson as judges on the 4th Circuit Court of Appeals. The Senate then launched debate on a combined bill to fund the Pentagon and Departments of Labor/Health and Human Services.

Senators hope to wrap debate on the appropriations package by the end of next week. If that’s the case, the Senate will have approved nine of the 12 annual spending bills that run the federal government. That’s no small feat, as the Senate often lags the House. This is the fastest clip at which the Senate has OK'd appropriations bills in years. 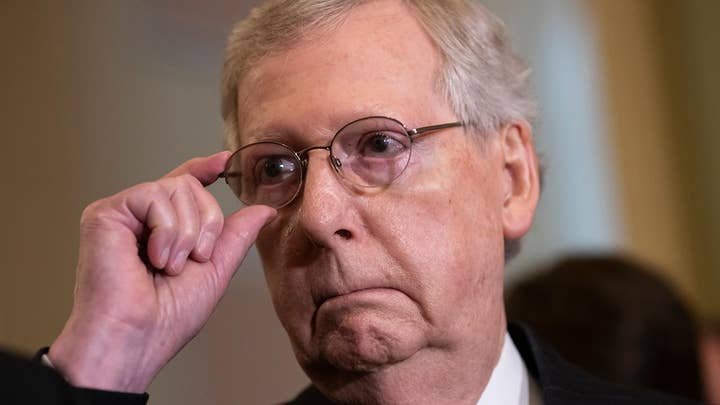 But senators from both parties groused about returning to meet for parts of two days over a two-and-a-half-week period. They wondered if the Senate couldn’t have returned next week and been more productive, remaining in session through Labor Day.

McConnell’s office portrayed the week as a hectic one. The leader’s aides sent Capitol Hill reporters a memo with the subject line “Busy, busy.” The note declared that the Senate would remain in session the rest of August despite “rumors” to the contrary.

All month? Or just a few days each week. That remains to be seen. The Senate will likely pass the appropriations bills late next week. There’s also a water bill, more nominations and, as the memo from McConnell’s office stressed “many other items.”

When McConnell announced the cancellation of the August recess, Schumer said Democrats would devote the month to health care. Democrats held a conference call with reporters on the topic two weeks ago. They also staged a Capitol Hill forum this week. But at the sole Democratic leadership press conference, Democrats lamented their access to documents from Supreme Court nominee Brett Kavanaugh. Democrats said they may sue the National Archives for access to Kavanaugh’s paperwork.

When asked, Schumer insisted the party was still focused on health care.

“Last week, if you read The Washington Post, a paper that you have a great deal of respect for, there was story how Democrats throughout the country are talking about health care very successfully,” said Schumer.

And then it was back to Kavanaugh. Schumer said he’d huddle with Kavanaugh in the coming days.

“I’ll ask him all about these documents and what he intends to do about it,” said Schumer. “He can’t duck then.”

But a shadow looms over the Senate across the river in Alexandria, Virginia. The Senate’s hardly the biggest game in town this August. A verdict is expected soon in the tax evasion and fraud trial of former Trump campaign manager Paul Manafort.

JUDGE IN MANAFORT TRIAL SAYS HE'S BEEN THREATENED OVER CASE

A verdict will roil Washington. A guilty verdict will bolster the Russian election meddling investigation by by Special Counsel Robert Mueller and enrage the president. Not guilty will give Trump plenty of ammo to argue that Mueller’s investigation is a “witch hunt.”

After Judge T.S. Ellis sent the Manafort jury to deliberate on Friday morning, he conducted a hearing in an unrelated case. Ellis inquired about the absence of several of the plaintiff’s attorneys. The counsel who was present told Ellis that his colleagues were on “vacation.”

“Vacation, you say?” replied Ellis, feigning a struggle to pronounce the word correctly. “I’ll have to look that word up.”

“You should take one, your honor,” suggested the counsel.

But then, we wouldn’t have a really big news story in August.