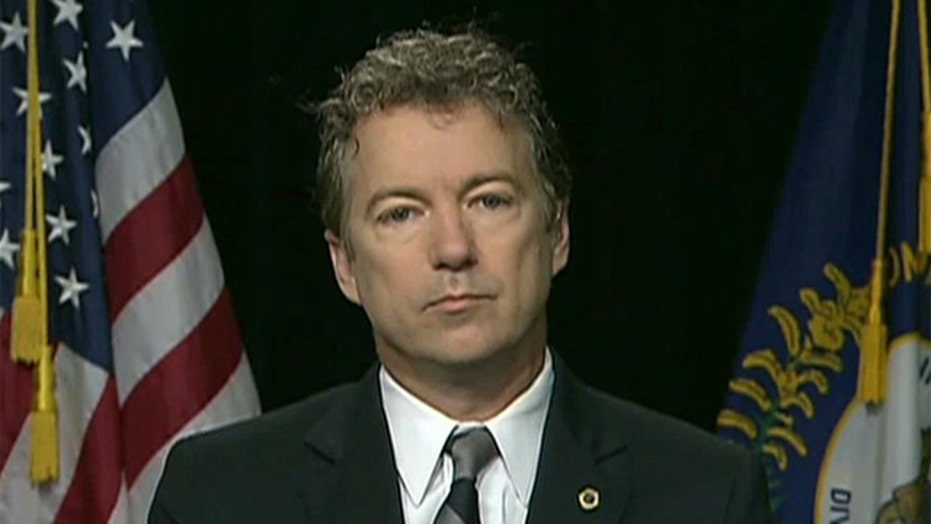 "While it seems good, it actually does a disservice to the people you're trying to help," Paul, R-Ky., said.

The jobless benefits issue is becoming an integral part of negotiations over a budget bill for 2014. Lawmakers face a Jan. 15 deadline to pass a new bill, but Democrats want to make sure long-term unemployment benefits are included.

Obama used his weekly radio address to reiterate that call. He said that more than 1 million Americans will lose benefits if lawmakers don't act and that unemployment insurance is one of the most effective ways to boost the economy. He argued providing benefits does not stop people from trying to find work.

Benefits for 1.3 million people out of work for longer than six months expire Dec. 28, and that would be the case for 1.9 million more people in the first half of next year.

House Speaker John Boehner said he is waiting to review any proposal the White House would like to make.

Paul is considered a potential Republican presidential candidate in 2016. He said Sunday "the thought has crossed my mind" to run and he is "seriously thinking about it."

But, reiterating his remarks from a day earlier, Paul said he must consider his family's wishes.