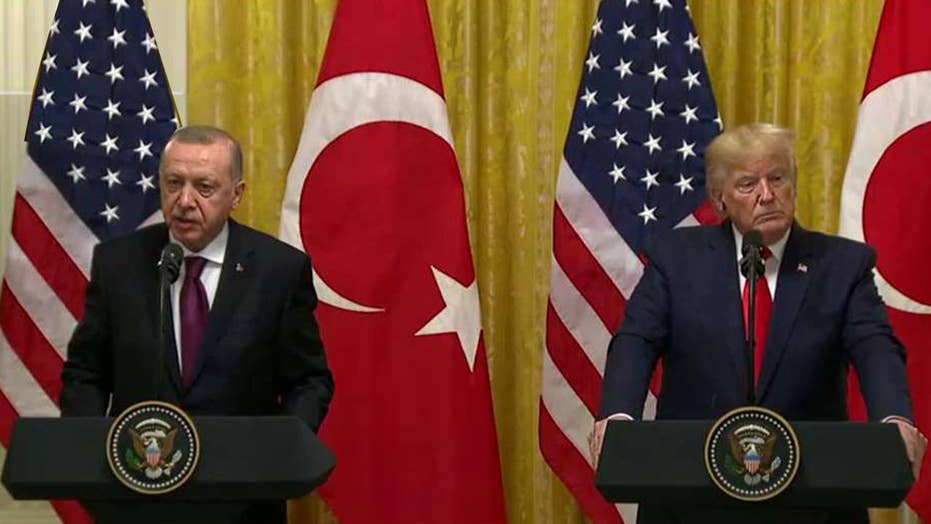 Sen. Lindsey Graham, R-S.C., blocked a congressional resolution Wednesday that would have recognized the Armenian genocide by Ottoman Turks hours after he and President Trump met with Turkish President Recep Tayyip Erdogan.

Graham objected to passing H.Res.296, according to The Hill, saying senators shouldn't "sugarcoat history or try to rewrite it." Graham's office did not comment on the matter in response to a Fox News request.

Sen. Bob Menendez, D-N.J., asked for consent to pass the resolution, which would have formally recognized the killing of more than a million Armenians between 1915 and 1923.

"The United States foreign policy must reflect an honest accounting of human rights abuses, crimes against humanity, ethnic cleansing and genocide. We cannot turn our backs on the Armenian victims of genocide," he said, according to the politics website.

The resolution overwhelmingly passed in a 405- 11 House vote last month. Rep. Ilhan Omar, D-Minn voted present, saying it was just as important for the U.S. to recognize its role in the deaths of millions of indigenous people and the slave trade.

Turkey has long disputed the term "genocide," calling the death toll inflated and considering those killed victims of war. Similar resolutions have been introduced in recent presidential administrations but none ever reached the floor.

Opponents argue recognizing the Armenian genocide could anger Turkey, a crucial ally relied on by the U.S. to ensure stability in the region.

Graham's actions came hours after he met with Trump and Erdogan, who arrived in the U.S. on Tuesday ahead of the face-to-meeting with the president.

"I just met with President Erdogan and President Trump about the problems we face in Syria by the military incursion by Turkey. I do hope that Turkey and Armenia can come together and deal with this problem," Graham said on the Senate floor.

The resolution comes as relations between Turkey and the U.S. remain strained over Ankara's military offensive in northern Syria after Trump pulled American forces from the area. Lawmakers voted last month on a bipartisan bill to sanction Turkey and condemn its incursion into Syria.

Graham has criticized the removal of U.S. troops in the area and has urged Trump to reconsider.