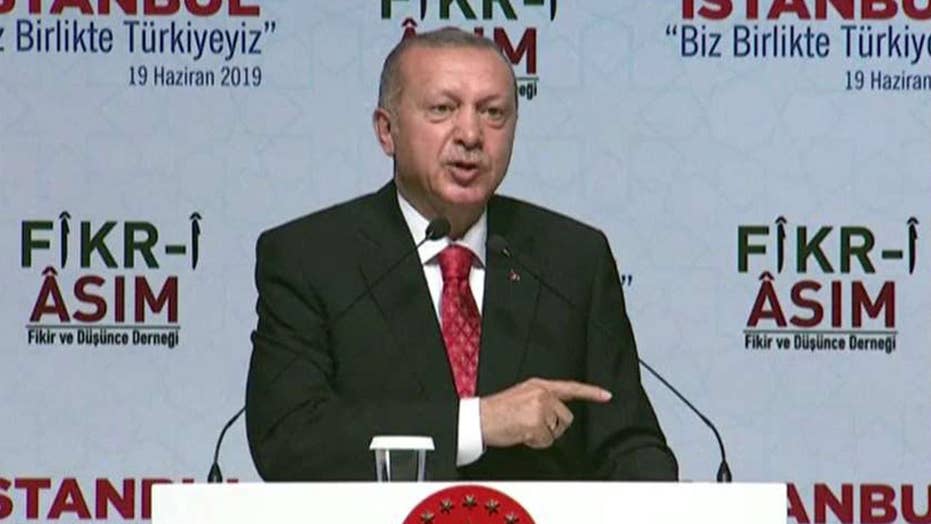 'Special Report' anchor Bret Baier says President Trump has decided that his foreign policy to meet even with the bad guys.

In addition to any fallout from public hearings on the impeachment inquiry that begin Wednesday, President Trump also faces a potentially difficult face-to-face meeting with Turkey’s President Recep Tayyip Erdogan.

Erdogan arrived in Washington on Tuesday, a day ahead of his scheduled White House visit with Trump, which comes as relations between the U.S. and Turkey are at their lowest point in decades.

The meeting also revives scrutiny of a May 2017 visit by Erdogan, in which members of his security detail were accused of assaulting American demonstrators outside the Turkish Embassy in Washington. New protests were expected Wednesday in Lafayette Park across from the White House.

The two leaders are expected to discuss Turkey’s decision to purchase a Russian-made air defense system – even though Turkey is a member of NATO and hosts a U.S. military base – as well as its the country's military actions against Kurds in northern Syria, which have drawn bipartisan condemnation in Congress. 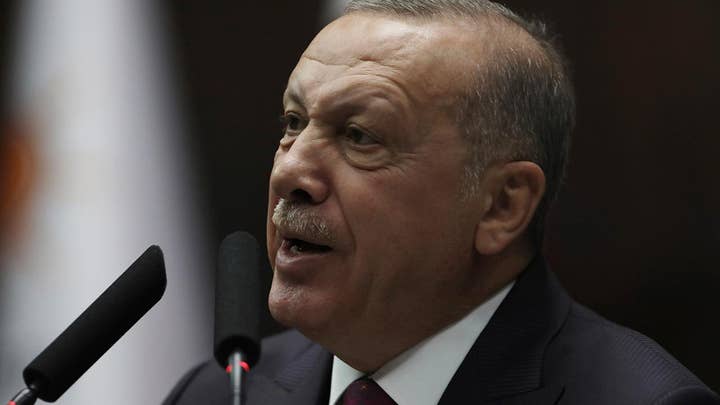 The Turkish offensive followed Trump’s announcement last month that he intended to pull U.S. troops out of Syria – a move that critics have argued left Syrian Kurds, long allies of the U.S., vulnerable to slaughter by Turkish forces.

Trump, meanwhile, argued last month that actions by Turkey in Syria were “not our problem,” and that the Kurds were not the “angels” that their defenders made them out to be.

“We are not a policing agent,” Trump added. “It is time for us to go home.” 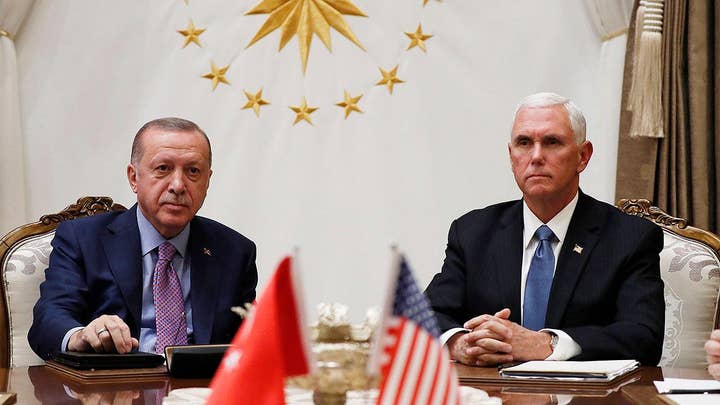 Earlier this week, a group of Democrats and Republicans in the House called on Trump to cancel the meeting with Erdogan.

“President Erdogan’s decision to invade northern Syria on October 9 has had disastrous consequences on U.S. national security,” the lawmakers wrote, according to USA Today.

One vocal Republican has been Sen. Marco Rubio of Florida, who warned of potential consequences for the U.S. if Trump failed to gain the upper hand in negotiations with Erdogan.

“Nations all over the world including #SaudiArabia #UAE & #Egypt watching very closely,” Rubio wrote of other U.S. allies in the region.

“If sanctions are waived they will conclude they can get away with buying weapons from #Russia or allowing #China military bases.”

Meawhile, Erdogan also arrives on the heels of issuing a threat to European leaders, that he’ll send Islamic State prisoners back to European countries if Europe doesn’t halt looming sanctions over Turkey’s drilling in the Mediterranean.

Any positive developments from Wednesday’s meeting with Erdogan, however, could help Trump deflect attention from the impeachment proceedings on Capitol Hill. 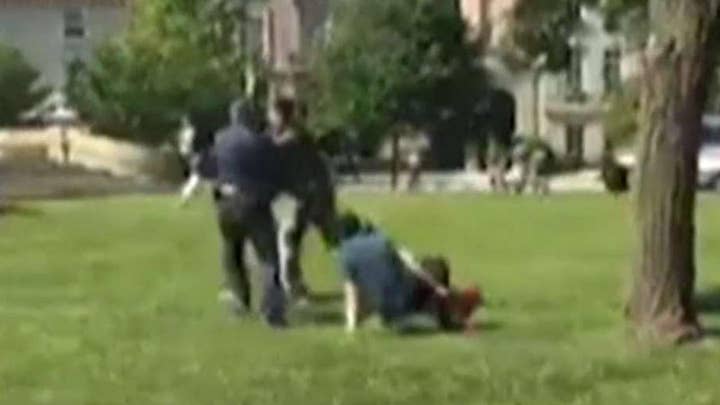 But for many, the images from Erdogan’s May 2017 visit to Washington remain vivid. During that visit, members of the Turkish leader’s security detail were seen on video, physically attacking American protesters who had gathered outside the Turkish Embassy in Washington. Eleven people were hurt in the brawl, including a police officer.

Two Turkish security guards were briefly detained after the incident, but were soon allowed to return to Turkey. Several months later, 19 people, including 15 Turkish security officials, were indicted in connection with the confrontation.

Those planning to protest Wednesday were expected to gather across from the White House at noon, The Guardian reported.