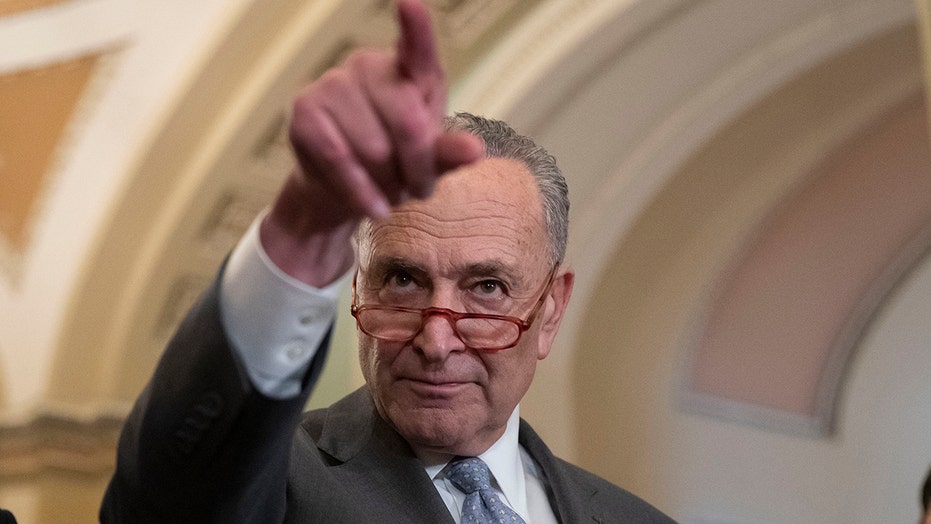 Media fall in line with Schumer on Supreme Court comments

During a Wednesday rally outside of the Supreme Court, where the court was hearing a case on abortion, Schumer told Gorsuch and Kavanaugh, "You won't know what hit you if you go forward with these awful decisions."

But while on the Senate floor in February, Schumer implored Roberts to "defend the independence of this federal judge" after Trump, on Twitter, went after the magistrate presiding over the sentencing of his ex-associate Roger Stone.

"To not speak up now, when in the middle of this brouhaha, a judge is being attacked by the president before she makes a sentencing decision, that's when we really need the chief justice to speak up," Schumer said at the time. "So now would be the time for Chief Justice Roberts to speak up. Now would be the time for the chief justice to directly and specifically defend the independence of this federal judge. I hope he will see fit to do that and to do it today."

Roberts, who had publicly rebuked Trump in the past over comments he made about a federal judge after they issued a decision the president didn't like, did not make a public statement about Trump's comments on the Stone case.

However, he did rebuke Schumer for comments directed at Gorsuch and Kavanaugh less than a month later.

"This morning, Senator Schumer spoke at a rally in front of the Supreme Court while a case was being argued inside," Roberts said in a written statement Wednesday. "Senator Schumer referred to two Members of the Court by name and said he wanted to tell them that 'You have released the whirlwind, and you will pay the price. You will not know what hit you if you go forward with these awful decisions.'"

WHO ARE THE 9 SUPREME COURT JUSTICES?

Schumer's office issued a statement firing back at Roberts, which said that the chief justice was intentionally taking Schumer's comments out of context while also accusing Roberts of bias. "Justice Roberts does not just call balls and strikes," the statement said.

On Thursday, Schumer apologized for his comments on the floor of the Senate, but did not mention the combative statement that came from his office late Wednesday — a move that drew criticism from George Conway, the anti-Trump husband of Kellyanne Conway, counselor to the president.

'Justices know that criticism comes with the territory, but threatening statements of this sort from the highest levels of government are not only inappropriate, they are dangerous.'

"To his credit, Schumer walked back his intemperate remarks. 'I shouldn’t have used the words I did,' he said on the Senate floor Thursday," Conway wrote in a Washington Post op-ed. "That’s a start, but he made no mention of the troubling statement his spokesman issued Wednesday that attacked Roberts."