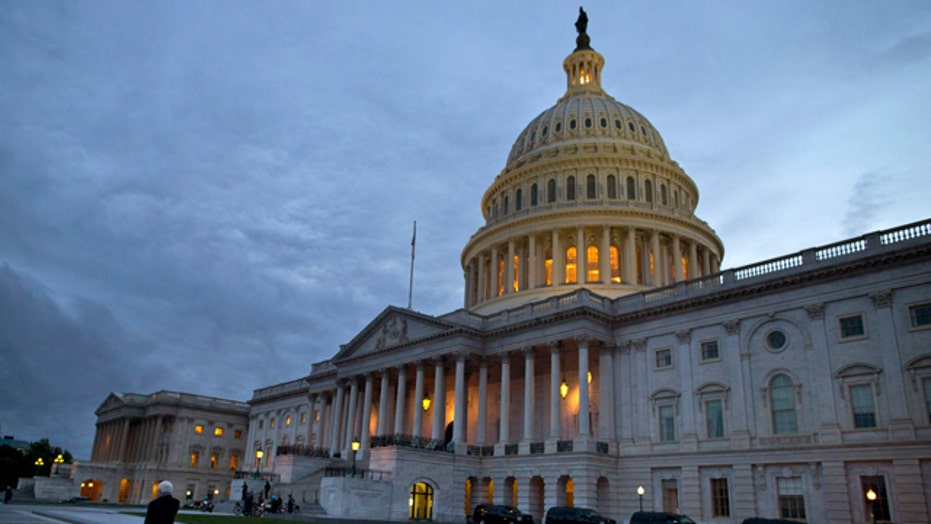 The government plans to spend $4 million on “aquatic plant control,” $15 million for a program boosting Pacific salmon populations and $120 million for a tank upgrade military leaders don’t want, in a budget one watchdog says violates a ban on such spending.

These are just a few of the questionable spending items in the annual congressional "Pig Book" report, released Wednesday by Citizens Against Government Waste. The study catalogues what the group says are pork-barrel spending projects in fiscal 2015.

And despite Congress enacting a supposed moratorium on earmarks starting in 2011, the study found the price tag of these pet projects has continued to soar. While the number of earmarks has dipped since last year, the cost reportedly jumped from $2.7 billion to $4.2 billion.

"Even though a single earmark would violate the moratorium, it is particularly worrisome to see such a significant increase in the cost of earmarks," the report said.

Among the earmarks the group identifies is a $15 million grant for the Pacific Coastal Salmon Recovery Fund (PCSRF), established in 2000 to "reverse the declines of Pacific salmon and steelhead, supporting conservation efforts in California, Oregon, Washington, Idaho and Alaska."

The report points to Senate Appropriations Committee member Patty Murray, D-Wash., as the likely champion of that item.

The report also highlights $120 million for an upgrade of the M1 Abrams tank, a project assigned a number of earmarks despite being opposed by senior Pentagon officials. The CAGW notes that suppliers for the tank are spread across the country, which it says helps explain why it garners widespread support.

The "Pig Book" was released at a press conference Wednesday morning with a series of high-profile speakers including Sen. John McCain, R-Ariz. and Sen. Joni Ernst, R-Iowa. CAGW's mascot, a pig named PigFoot, was also in attendance.

While lawmakers argue over the definition of the term "earmark," and some say the recent spending bills are indeed earmark-free, CAGW disputes this. The group defines an "earmark" as a spending item that meets at least two of seven criteria -- including something that serves only a local or special interest, something not requested by the president, and something that was never subject to a congressional hearing. The group says not only have earmarks persisted in congressional budgets, but transparency has only gotten worse.