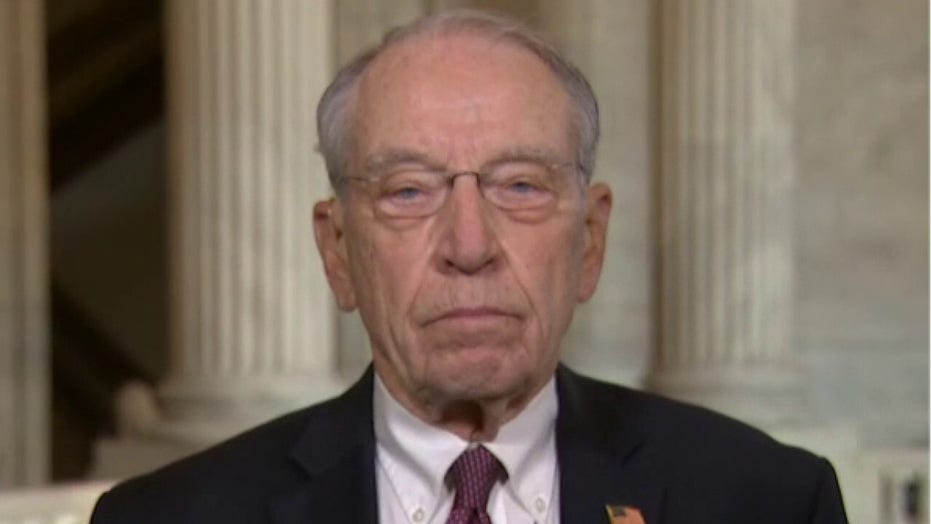 Barr told Fox News last month that Americans be able to recognize "some" of the names under investigation in Durham's probe, and that he is "very troubled" by "what has been called to" his attention so far. Among other issues, Durham is reviewing whether federal agencies abused their surveillance powers to pursue figures associated with the Trump campaign.

"@realDonaldTrump #CommonSense IF NO PROSECUTIONS TIL AFTER ELECTIONS SAD SAD //just think Flynn Mueller Impeachment/ The deep state is so deep that ppl get away w political crimes/Durham shld be producing some fruit of his labor [sic]," Grassley tweeted.

The Justice Department's (DOJ's) watchdog has identified critical errors in every FBI wiretap application that it audited as part of the fallout from the bureau's heavily flawed investigation into former Trump adviser Carter Page, who was surveilled during the campaign in part because of a largely discredited dossier funded by the Hillary Clinton campaign and the Democratic National Committee (DNC).

Additionally, an ex-FBI lawyer in that case even falsified a CIA email submitted to the Foreign Intelligence Surveillance Act (FISA) court in order to make Page's communications with Russians appear nefarious, the DOJ inspector general found. The FBI lawyer, Kevin Clinesmith, was allegedly told by the CIA that Page had reported his Russian contacts and was essentially acting as an informant -- only for Clinesmith to allegedly omit that exculpatory information in a surveillance warrant application that framed Page's communications with Russians as a sign that he was a secret foreign agent.

And internal FBI documents unsealed in April indicate that Peter Strzok -- the now-disgraced anti-Trump former head of FBI counterintelligence -- ordered the investigation of former national security adviser Michael Flynn to remain open even after it was slated to be closed due to a lack of so-called "derogatory" information. The materials surfaced just a day after explosive FBI communications revealed that top bureau officials discussed their motivations for interviewing Flynn in the White House on Jan. 24, 2017 -- and openly questioned if their "goal" was "to get him to lie, so we can prosecute him or get him fired." 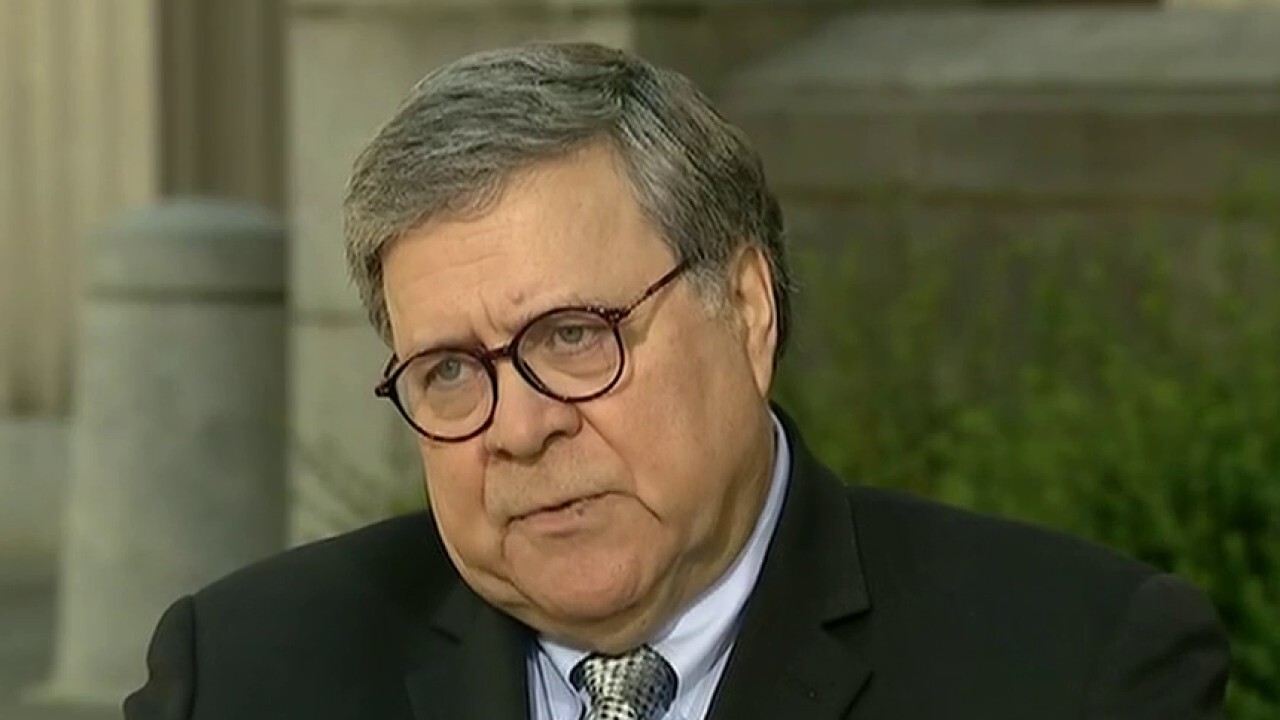 The DOJ has sought to have the Flynn case dismissed, and an appellate court recently ordered a lower court judge to do just that.

Barr said he couldn't comment on whether criminal charges were coming, including those concerning Clinesmith, but that people shouldn't become impatient. The DOJ has concluded that the Page warrant was legally improper and lacked probable cause.

Grassley added: "Barr recently said 'this is the closest we have ever come to an organized effort to push a president out of office ' leads me to think Durham wont report any prosecutions til after election so as not influence vote. SAD SAD."

That was an apparent reference to Barr's comments on Fox News' "Special Report" in June.

"I think before the election, I think we're concerned about the motive force behind the very aggressive investigation that was launched into the Trump campaign without, you know, with a very thin, slender reed as a basis for it," Barr told Fox News' Bret Baier. "It seemed that the bureau was sort of spring-loaded at the end of July to drive in there and investigate a campaign."

But, Barr later announced in an exclusive interview with Fox News' Maria Bartiromo that Durham's investigation of the Russia probe's origins will likely yield "developments" before summer is over, despite delays caused by the coronavirus pandemic.

Top Republicans, meanwhile, have accused FBI Director Christopher Wray of ignoring their May 4 letter seeking information and interviews with key FBI officials in the Flynn case - prompting the lawmakers to take matters into their own hands. 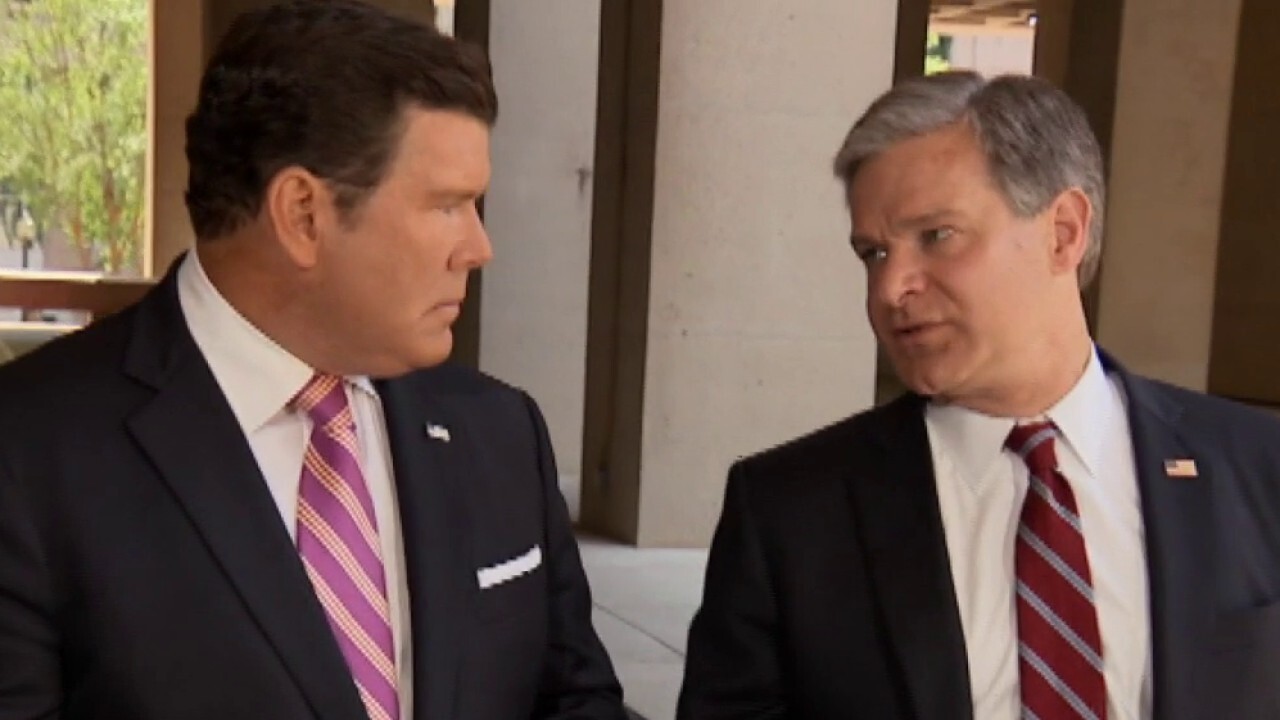 "Because Director Wray has declined to respond to our request, we are forced to write to you directly," Reps. Jim Jordan, R-Ohio, and Mike Johnson, R-La., wrote in an extraordinary letter last month to FBI agent Joe Pientka, who participated in the unusual January 24, 2017 White House interview that led to Flynn's prosecution for one count of making false statements to the FBI. The lawmakers requested Pientka sit for a transcribed interview with the Judiciary Committee.

Fox News previously determined that Pientka also was intimately involved in the Carter Page probe, which the DOJ has since acknowledged was riddled with fundamental errors and premised on a discredited dossier that the bureau was told could be part of a Russian disinformation campaign.

Pientka was removed from the FBI's website after Fox News contacted the FBI about extensive role in Crossfire Hurricane FISA matters -- a change first noticed by Twitter user Techno Fog. However, sources said Pientka remained in a senior role at the agency's San Francisco field office. The FBI told Fox News shortly before Pientka's removal from the website that reporting on his identity could endanger his life, even though he serves in a prominent senior role at the bureau.

"They seem to have ignored all the exculpatory evidence that was building up and continued pell-mell to push it forward," Barr told Baier. "So that's one area of concern."