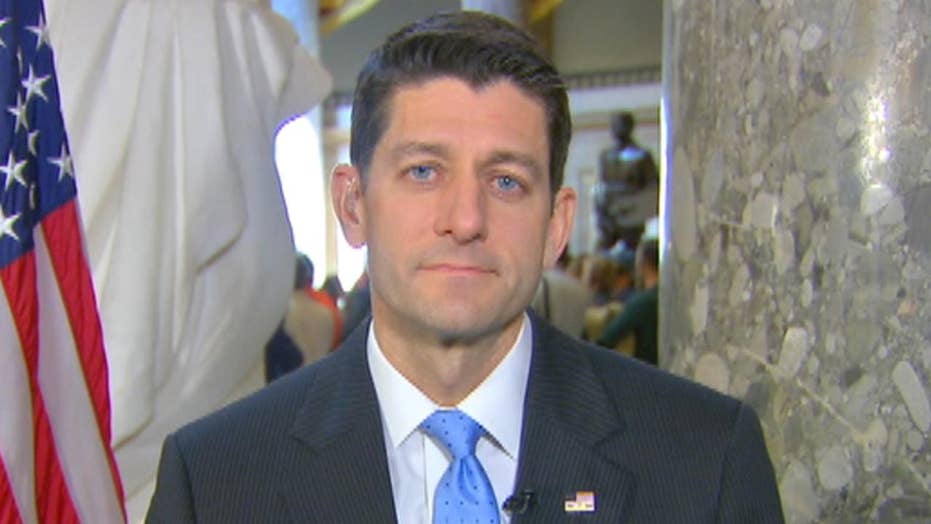 House Speaker Paul Ryan said Wednesday that Republicans have a “moral obligation” to avert an ObamaCare collapse and pass replacement legislation heading for the floor, voicing confidence about the looming vote despite mounting turbulence inside the party.

As an influential conservative faction urged GOP leaders to “start over” and warned more than two-dozen members are against the bill, Ryan asserted in an interview with Fox News’ Dana Perino that they are “adding votes, not losing them.”

“We are in the fourth quarter of the House passing this bill which is the fourth committee—that’s when a lot of negotiations intensify near the end of the process,” Ryan said of the American Health Care Act. “This is called legislating—we have to broker compromises to make sure we draft legislation that can actually pass.”

He spoke as a key House committee was prepping the legislation for an expected floor vote on Thursday. President Trump and Vice President Pence also were doing what they could to sway hold-out Republicans.

White House sources told Fox News late Wednesday they believe they are close to a deal on the new healthcare bill, saying they are getting a very favorable response from the House Freedom Caucus on the idea of changing the provisions concerning essential health benefits.

House Freedom Caucus Chair Mark Meadows, R-NC, said late Wednesday he was "encouraged" based on willingness from Trump and House leadership for a compromise, but they are "not there yet."

Republicans in the House are set to meet Thursday morning at 9 a.m. ET to discuss a deal on the health care bill.

Earlier Wednesday, Ryan told Fox News that Trump is a “fantastic closer” and has convinced about 10 members so far to switch their votes.

“The president has been bringing members down and talking to members and closing the deal,” Ryan said. “This is so encouraging—we’ve never seen this kind of presidential engagement with our members before—President Trump and Vice President Pence are rolling up their sleeves.”

The White House said that, piece by piece, member by member, they are getting “much closer” on a health care deal. During the daily White House press briefing, White House Press Secretary Sean Spicer said the president believes the health care bill will pass the House on Thursday.

“We’re going to get it done,” Spicer said, adding that there was no “Plan B” for health care.

Despite confidence stemming from the House Republican leadership and the Trump administration, more than 25 House Freedom Caucus members plan to vote ‘no,’ according to the conservative bloc.

“I can tell you that opposition is still strong—they don’t have the votes to pass this tomorrow,” House Freedom Caucus Chairman Mark Meadows, R-N.C., said on Wednesday. “We believe that they need to start over and do a bill that actually reduces premiums.”

A House Republican senior aide said Wednesday there are no plans to pull the bill or delay the vote planned for Thursday.

Much is on the line for both Ryan and the Trump White House, after Republicans vowed repeatedly during the 2016 campaign to replace the Affordable Care Act. But they’ve had difficulty striking the right balance in a bill to win over a majority not only in the House but the Senate.

While this doesn’t go far enough for some conservative lawmakers – and Democrats are opposed to virtually every aspect of the overhaul – Ryan told Fox News that passing the AHCA is important so that they can “move onto tax reform and economic growth.”

“Governing is tough—we’ve gone from being the opposition party for the last 10 years to being a governing party within the last four months,” Ryan said, noting that the AHCA would cut $1 trillion in ObamaCare taxes. “It looks messy, but this is the system the founders envisioned—we either repeal and replace and make tax reform easier, and if we don’t, it will make tax reform $1 trillion harder.”